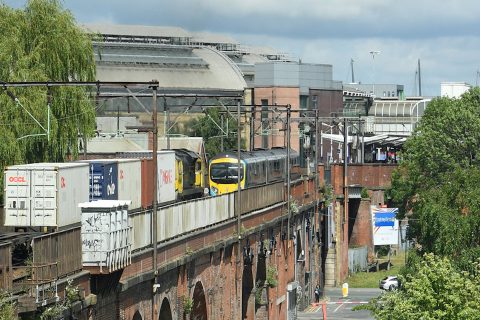 Management and unions seem to be further apart than ever in a series of industrial disputes. Despite optimism last week, the government in Edinburgh appears unlikely to placate unions over a deepening series of disputes. ScotRail sources claim that unions have rejected improved terms, while their opposite numbers say they have not even had time to consider a revised pay offer.

Still only a matter of weeks since the railways were brought back under pubic management, relations between the Scottish government and the trades unions are apparently worse than ever. A series of disputes could culminate in strike action, all at the same time, crippling the entire industry. With a UK-wide strike looming, Scotland could be at the front line of a summer of industrial action.

At the end of last week, the nationalised Scotland’s Railway, branded on the tracks as ScotRail, issued a statement in response to what they called a pay deal rejection by the trades union RMT. For their part, the RMT say they have not even had time to consider the offer made after talks last week, and will in fact discuss it this week among their national executive.

“ScotRail has made a further significantly improved offer to the RMT, representing the general grades”, said a statement from Scotland’s Railway. The publicly run operator went on to detail the offer, by revealing an increase in basic pay, broken down as a 2.2 per cent increase to recognise the cost-of-living challenges, and a further 2.8 per cent increase in respect of flexibility of rostering arrangements.

The matter has not yet been considered

The company also says it has made a string of other offers, including revenue share proposals, and to work towards a ‘no compulsory redundancy’ regime. Most radically, ScotRail says it will bring Sundays into the working week within a five-year period with full implementation by the 2027 December timetable.

However, the trades union RMT has been curt in its response. Far from rejecting the offer, they say that they have not even sat down to consider it. RMT general secretary Mick Lynch made a short statement over the weekend. “This matter has not been considered by our National Executive Committee and will be put before them next week so they can make a decision.”

Harsh words over strikes are a vivid prelude

ScotRail however says resolution is not on the table. “The union will instead recommend to its National Executive Committee that it ballots its members for strike action”, says their statement. The dispute between RMT and ScotRail precedes the wider issues between the trade union and railway management across England, which also involves the national infrastructure agency Network Rail. Ironically, even if the dispute with ScotRail is resolved this week, railway operations in Scotland will still be disrupted by the series of national strikes called for later this month.

ScotRail is also engaged in a bitter dispute with the ASLEF trade union, which represents drivers. As a result of that, passenger services have already been operating to a restricted ‘emergency’ timetable. Freight customers and passengers elsewhere in Great Britain, wondering how the national strike might look, need only cast their eyes north of the border for a vivid prelude.

With basics, a railway infrastructure, that not even was timely 35 years ago, not at all surprisingly, authorities now are facing troubles.
All other devices, offensively, up grade for higher load capacity, etc., for lower costs. For added capacity at existing investments, for added utilisation, of assets. Now, sooner the better, railways should be upgraded, not just bor being timely, but for robustness, for sustainable meeting with further anticipated competition, from fellow other devices!

Surely this statement is out of date – “ScotRail is also engaged in a bitter dispute with the ASLEF trade union, which represents drivers.”