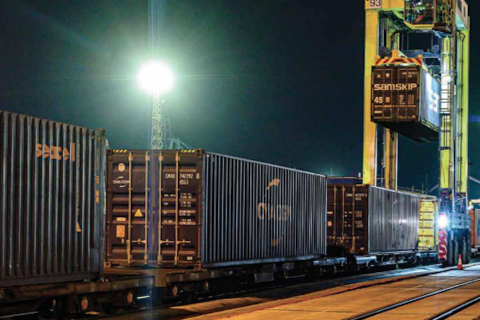 The government has officially launched the UK’s freeport programme in London. Operations under the relaxed regulatory regime can begin at London (the Thames Freeport consortium of DP World and Forth Ports) and at Humberside and Teesside ports on the northeast coast of England. The announcement coincides with the confirmation of a fourth berth at DP World’s London Gateway logistics hub to increase supply chain resilience and create more capacity for the world’s largest vessels. With rail freight a key element in the freeport concept, operators are gearing up for increased traffic.

DP World collaborated with Forth Ports to submit an ultimately joint bid for freeport status. The combined facilities of their London Gateway terminal and Forth Ports’ rapidly expanding Tilbury docks sealed the deal for them. With both terminals relying increasingly on rail freight, that has proved good news for the sector, and industrial partners at large have welcomed the early commencement of operations under the freeport regime.

Thames Freeport partners have welcomed the announcement made by the Chancellor of the Exchequer Rishi Sunak during his Budget speech last week. Officially, the freeport can begin operations this month. “This is exciting news for Thames Freeport, our customers and the local community”, said Ernst Schulze, UK Chief Executive of DP World. “Freeport status has already begun to turbo-charge one of the
largest urban regeneration projects in Europe at London Gateway.”

Schulze counterpart, Charles Hammond, the Chief Executive of the Forth Ports Group, owners of the Port of Tilbury and Tilbury2, said the Thames Freeport was a new chapter for the logistics cluster at Tilbury. “Focused on high value, good quality jobs and high productivity business growth in processing, manufacturing and clean logistics, the years ahead will be exciting for the Port of Tilbury”, he said. “We continue to build on our record of delivering new port terminals and premier freight solutions for London and the South East.”

Improving the environment and economy

Rail freight customers are already gearing up to make the most of the new opportunity. Martin Everitt, Plant Manager at Ford UK in Dagenham, historically a huge rail freight customer, said a century of operations would benefit from the commencement of freeport status on his doorstep. “As we move into our tenth decade of operation, the freeport will boost Ford Dagenham – London’s largest manufacturing site – as the company continues to evolve and grow its advanced technology solutions for passenger and commercial vehicles”, he said.

Freeport status is also good for the local community. Encouraging greater economic development with an emphasis on rail-based logistics improves the local environment while regenerating the local economy. Thurrock Council Leader, Councillor Rob Gledhill, did not hold back his enthusiasm. He said the commencement is amazing news for the whole of Thurrock, as well as future generations. “It will generate more than 4.5billion pounds (4.95 billion euros) in new public and private investment, create more than 21,000 new jobs, with significant investment in infrastructure, skills and communities”, he said.

Rail freight opportunities are initially connected with infrastructure development, such as DP World’s new 300 million pounds (330 million euros) fourth berth development at London Gateway. There is also a legislative drive away from road logistics, particularly around London, where emissions regulations continue to tighten. Trade within the freeport is also mandated towards manufacturing onsite, necessitating goods handling in an environment that encourages rail transportation. 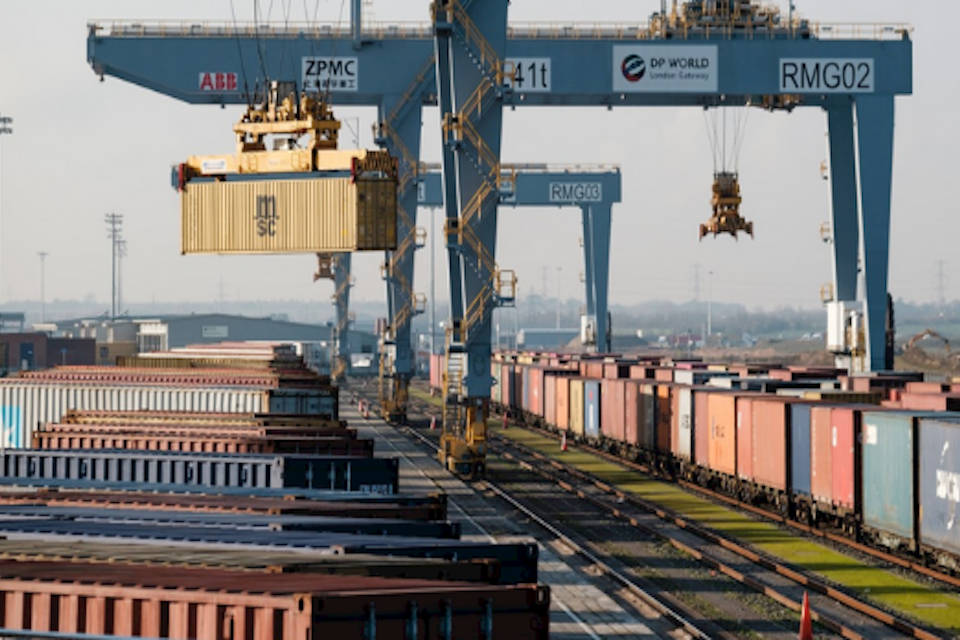 “Thames Freeport means Thurrock will be more attractive than ever to investors, businesses and entrepreneurs”, said Councillor Gledhill. What he called a once-in-a-lifetime opportunity for his community is also a generational opportunity for rail freight operations. The UK government has called the freeport programme a kickstart for a new industrial revolution. It is every more likely the impetus for that will rely on the rail freight innovations that kickstarted the original industrial revolution too.