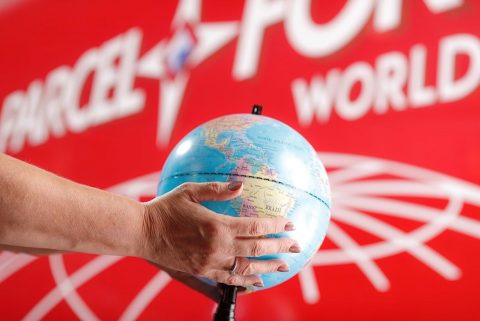 Royal Mail, the postal service for the UK, is building a huge new parcels and light logistics hub within DIRFT – Daventry International Rail Freight Terminal. The hub within Midlands’ rail freight and distribution centre will be the Royal Mail’s biggest parcels terminal, and will take advantage of rail connections into the Northamptonshire site. Royal Mail already conveys mail up and down the adjacent West Coast Main Line. The 80,000 square metre facility is due for first class delivery in 2023.

The hugely successful DIRFT logistics hub is currently in its third stage of development. The owners and operators, Prologis, bought out the site from the original promoters, and have since begun work on the third stage of the park. The most high-profile tenant so far announced is set to cement the expansion of rail freight into the light logistics sector which, units now, has been monopolised by road traffic. Royal Mail, who will fit out a huge new parcels depot with the very latest automated technology, will begin operations from their new depot in just under two years.

It is likely that the new hub will provide work for Royal Mail’s existing fleet of dedicated Electric Multiple Units (EMUs) but may also be used by any of the rapidly expanding number of independent operators currently planning to enter the light logistics and parcels market.

“Royal Mail’s decision to locate its largest UK parcel hub at DIRFT is great news for the local economy”, said Phil Oakley, from the development team at Prologis UK, the firm behind the construction. He added that the e-commerce companies located on site rely on the company’s delivery services. “Proximity to the new Royal Mail unit means companies can confidently extend order picking times and still achieve next day delivery for their customers.”

Critical to the new facility is a rail connection which has caught the imagination of the local Member of Parliament, who just happens to be the Rail Minister, Chris Heaton-Harris. “It’s great news that Royal Mail has decided to make such a substantial investment in a parcels hub in my Daventry constituency”, he said. “This will give a welcome boost to the local economy.” Heaton-Harris added that he thought online shopping was booming and this facility was well placed to serve that sector. “With the boom in online shopping, my constituency is exceptionally well positioned via both road and rail networks to ensure these items are delivered as quickly as possible after purchasing. I look forward to visiting the new automated site when fully operational.”

“Our business is accelerating”, said Royal Mail chief executive Simon Thompson. “This state-of-the-art parcel hub in the Midlands will allow us to seize the market opportunity and continue to deliver great service for our customers at 31 million doorsteps up and down the country.”

Royal Mail’s new parcels depot will occupy land that has a history of communications. The location was previously the site of a radio transmitter station, carrying shortwave signals around the world. Originally named the Imperial Wireless Chain, the transmitters were switched on in 1926, and were at one time the biggest array in the world. They were operated by the Post Office, which, serendipitously, was the retail-facing part of the … Royal Mail.