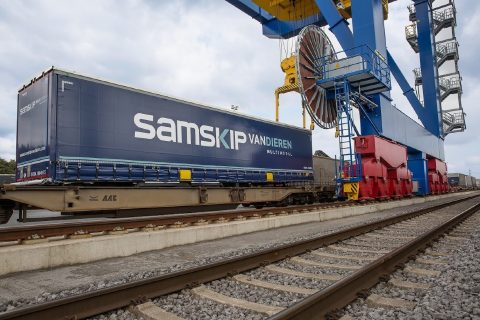 Samskip multimodal operator identified that freight traffic through Poland is going to play a crucial role in growing its business in 2021. The company, which links the UK and European hinterland through Dutch ports, estimates that its presence in central and eastern Europe is going to get boosted and stabilised even more. Existing direct links, new connections and appearing possibilities because of Brexit constitute the contributing factors for this development.

The company has been serving multiple multimodal connections using Dutch ports as its gateways to and from the UK, Ireland, Norway and the Iberian peninsula. Regarding Europe’s inland, it also provides access to countries such as Slovakia, Hungary, the Czech Republic and Russia in the east.

Rotterdam functions as the operator’s hub for direct connections with a series of Polish destinations. Among them, one can find Poznan, Gliwice, Wroclaw and Kutno. Understandably, the variety of linked terminals in a single country provides opportunities for further interconnectivity in the European continent but also towards the east and potentially the New Silk Road.

Additionally, last August Samskip, together with Nunner logistics, launched a direct rail service between its rail terminal in Duisburg and the TMA terminal in Amsterdam. This move introduced and set up Amsterdam in the map of the New Silk Road since, through Duisburg, it has now a direct connection with the cities of Xi’an and Changsha in China. Moreover, the specific rail link allows the development and condensation of the company’s Europan network.

The connection with the TMA Amsterdam terminal, however, provides the potential for expansion in another area of transportation: that of cross-docking services. Cross-docking transportation differentiates on the fact that it uses little or no storage capacities at each station. As a result, it is considered an efficient alternative in terms of time and cost savings.

With regards to Brexit, cross-docking transport could procure supply chains with a safe environment, lightened from risks occurring from administrative gaps and miscommunications, at least during early 2021. “Partly as a result of Brexit, shippers are looking for more robust and reliable services” commented Gerard de Witte, Samskip Corridor Manager.

Brexit is also turning shippers’ attention towards multimodal transportation. In a search for higher efficiency in the trade with the UK and Ireland, and to avoid road transport unavailability or customs congestion, customers are examining the options of other modes too.

For instance, in Poland, there is a growing demand for 45-foot containers which are among the main tools used in intermodal transport. It seems that shippers are already looking into the future and prepare for it. A positive observation concerns the fact that multimodality or intermodality will be integral for transportation, not only because they are promoted for environmental reasons, but because they indeed constitute the optimal solution overall.

Cross-docking offered by the TMA Amsterdam terminal is also crucial for the Polish market in this case, because combined with multimodal transport, it will provide more efficiency since it will cover customs documentation in the form of one-stop-shop.