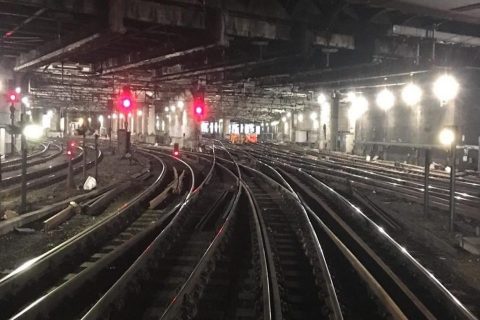 Progress Rail, a Scottish head-quartered engineering firm, is in danger of closure. This is according to the Transport and Salaried Staff’s Association (TSSA) trades union. They say that Network Rail has decided to buy what they call safety-critical rail crossings made abroad, instead of those made at the Scottish plant. The union says this places Progress Rail in jeopardy of closure, along with three other facilities around the UK.

The TSSA trades union claim that by placing a five-year contract with overseas suppliers, the experience and expertise of the Scottish suppliers at Progress Rail will be lost, along with a legacy of critical components. The union says that a library of over 1700 pattern moulds will be lost. These are unique to the British railway network, and costs may rise in the long term as a result.

In a statement from TSSA, the union has called on Network Rail to revise a decision to buy safety-critical rail crossings made abroad, and buy ones made in Scotland instead. Historically, the plant at South Queensferry, near Edinburgh and within sight of the famous Forth Bridge, has provided a significant proportion of the components required for the UK network infrastructure. The current facility has been operational since 2009 and occupies a former electronics factory, which was refitted to provide a unique manufacturing base. Loss of the Network Rail contract has, say the union, put the foundry and three other British plants at risk of closure.

“The South Queensferry foundry acts as a library of the over 1700 pattern moulds for the unique crossings in our British rail network”, said Manuel Cortes, the TSSA general secretary. “No other foundry in the world has the skills, knowledge or expertise found in South Queensferry and it makes no sense to sacrifice that knowledge on the altar of supposed cost-savings.”

Safety critical rail crossings are essential for the safe running of our railway, say the TSSA. “If there is one thing the coronavirus pandemic has demonstrated, it is the importance of robust supply chains”, said Cortes. “By sending the contract overseas, to foundries with no experience of manufacturing British rail crossings Network Rail is making itself a hostage to fortune and risking unacceptable delays in the maintenance and repair of our rail infrastructure. For the good of the workers in South Queensferry facing an uncertain future and for the good of everyone using our railways, Network Rail must review their tender and revise their decision.”

Under different names, the company has had a very long association with the UK rail industry. Having been independent before various mergers, it is currently a subsidiary of the giant American engineering operation Caterpillar. The specialist nature of the work is unique in the UK. “As Network Rail’s largest supplier of track components, Progress Rail is challenging the award and has notified its employees,” the company said in a statement earlier this month. “Due to the potential impact of Network Rail’s tender outcome, Progress Rail has opened a collective consultation with employee representatives at each of its UK trackwork locations to discuss possible redundancies and efforts to mitigate potential impacts, although no formal decisions have been made at this time.”

Industry insiders have called the move shortsighted. They worry that apparent cost-cutting will only lead to reduced competitiveness in the global marketplace, and higher costs for the UK rail industry in future. In a regular newspaper column, Paul Sheerin, the chief executive of Scottish Engineering, a long-standing representative association, said that the foundry at South Queensferry currently makes more than ninety per cent of rail crossings used throughout the UK. He added that it does not do so in an antiquated facility, but works out of a modern factory only eleven years old.

Sheerin posed the question of how many facilities there were in the UK capable of the precision production required for the largely non-standard UK network. He answered his own question by reiterating that South Queensferry was the only current location.

With the contract apparently lost, the Progress Rail is already consulting on redundancies among the staff of around 150, and the plant will likely close by the end of the year. Network Rail have remained tight-lipped on the contract award. Hopes that they may reverse the points appear to be forlorn.