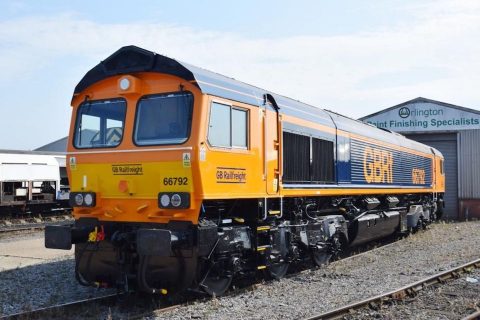 Leasing agent Beacon Rail has announced the transfer of five class 66 diesel locomotives to UK operator GB Railfreight. The first two locomotives have already been delivered to EMD Doncaster, where they will be converted to GBRf’s specification and UK railway standards. The remaining three locomotives will be delivered during 2021.

Attention at EMD Doncaster, and their Longport (Stoke-on-Trent) facility, includes plenty of driver-friendly improvements. Air conditioning will be fitted, along with sound proofing and new cab double glazing. More importantly, the locos will be fitted with compliant safety systems, and finished in GBRf livery. Designations will be 66 793-797. 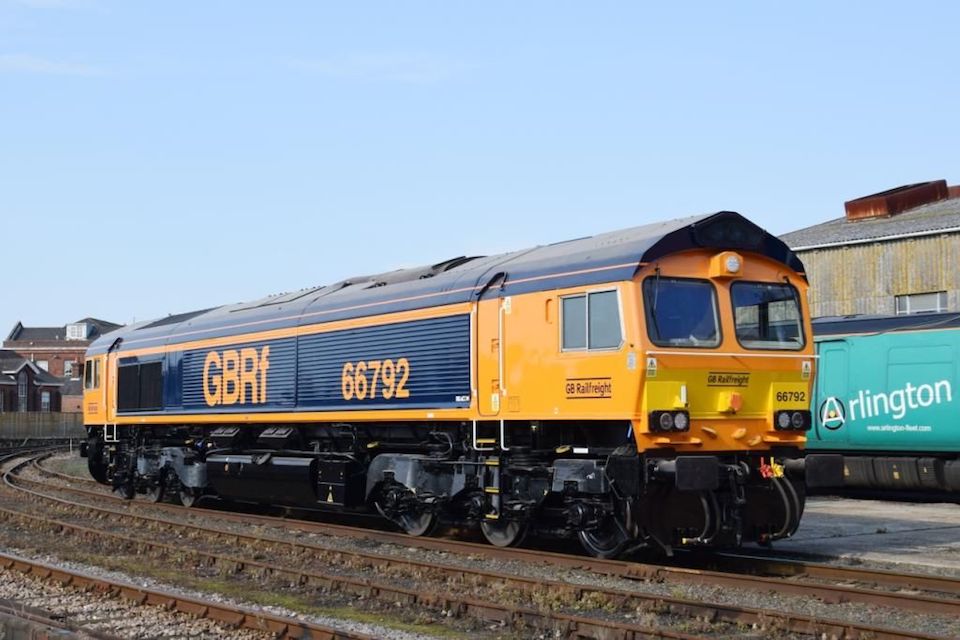 GB Railfreight has been growing business in the UK market, and the new motive power will provide additional capacity. Potentially the heavy-haul examples will supplement availability on flows like the recently renewed aggregates contract with Tarmac. “Today’s announcement is another important milestone for GB Railfreight’s continued expansion”, said an enthusiastic John Smith, the managing director of GB Railfreight. “This agreement also shows that despite the economic uncertainty our country faces, GBRf leads the way with continued investment to put the UK economy back on track. We look to the future with optimism.”

Corporate familiarity with the marque

GBRf already operates 88 of the class 66 units, delivered in various examples of the marque. The workhorse diesel was designed and built by Electro Motive Diesel at their Canadian and North American facilities, dating from 1998 until 2008. Luxembourg-headquartered Beacon Rail has an extensive portfolio of traction and rolling stock under lease across Europe, including 346 locomotives, around 1,000 freight wagons, and 575 passenger train vehicles and coaches, according to the company’s figures.

“The class 66 is a proven performer, being the backbone for the movement of essential goods”, said Adam Cunliffe, CEO of the leasing agent. “Beacon Rail is delighted to be supporting GB Railfreight with these latest additions and further expanding the long-term relationship between our two companies. Beacon is committed to further growth of the UK rail freight market.” The locomotive is widely used by almost all freight operators in the UK.

“Evening Stars” to be united – eventually

Class 66 production was revived for a further batch in 2014, including the very last example to be built by EMD for export to UK. The locomotive, currently designated 66779, carries the name “Evening Star”, in a recognition of the very last steam locomotive built by British Railways in 1960, which carried the same name.

GBRf has pledged the locomotive to the National Railway Musuem upon its retiral in about 2040, where it will join its coal-fired namesake. However, a company in England has plans to convert the class to high-pressure steam traction, and will unveil plans at a Rail Freight Group seminar in November. The Evening Stars may have to wait a while longer before coming into conjunction in York.