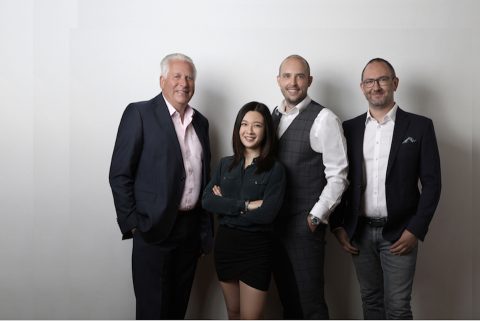 European freight operators and logistics companies, with interests all along the New Silk Road, have responded to the demands of the coronavirus pandemic. For many it has been a rapid deployment of new ways to work. For still more it has accelerated a modal shift to rail. Some have even reported their best trading returns as rail has proven its worth for the long term.

Disruption in the maritime supply chain is still unwinding, as factories start up but containers and ships find themselves out of location and dealing with crew safety issues and dockside biosecurity. Manufacturers, distributors and logistics agents, who had previously relied upon ocean-going transport to move their merchandise, have been turning to the fixed link alternatives offered by the New Silk Road, the popular name for the China-led Belt and Road Initiative, and the associated freight routes through central Asia and Europe.

It may have been initially disruptive for many operators, but the enforced examination of overland alternatives has generally been a much more pleasant and profitable experience than expected. That will come as no surprise to the readers of RailFreight.com, who are well aware of the trading advantage trans-continental rail consignment. What may be surprising is that for many companies, both old hands and new faces, the switch during the lockdown months has been highly rewarding. 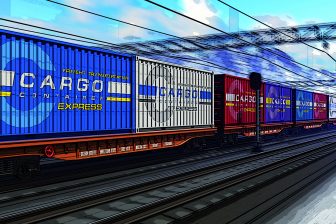 Increased loading, especially eastbound, has been good news for freight forwarders and rail companies. It has also exposed manufacturers and suppliers to reliable delivery schedules, at a time when the air freight alternatives have become increasingly expensive. “What we have seen is not just an experimental switch to rail freight”, says Liu Ziwei, chief executive and one of the founding directors of Bremen-based New Silk Road Network (pictured above with her co-directors). “Feedback from our membership suggests that many have seen good profitability during the first half of this year, and that for some they have even seen their best months on record”, added Ms Liu, whose company helps put small and medium sized businesses around the same table as the multi-national corporations and state-sponsored operators along the New Silk Road trading routes.

There has been a succession of records set on the New Silk Road this year. In May, even at the height of the crisis in Europe, 52,500 TEU represented the highest ever figure transhipped during a single month. “The pandemic has definitely focused attention on railfreight and intermodal,” said Ms Liu. “We have seen businesses come forward, not just making first time enquiries, but also about using rail to reach new markets in the Middle East and Asia.”

Getting around the table with well-resourced large corporations has perhaps been a catalyst for change too. While Ms Liu says that a necessary suspension of face to face contact has been an issue, the universal necessity of video communications has, to a significant extent, been a leveller in the marketplace. “It has shown that while far from ideal, we all have to start from the same position. If that means presenting to customers over a domestic wifi network, from a residential location, then it is the quality of the offer, not necessarily the corporate surroundings, that seal the deal.”

Those record figures have been reflected in the number of businesses seeking to make a start on the New Silk Road, and in the number of trains moving too. The so-called Middle Road via Turkey has been busier than ever, and new flows have been frequently announced. There have been hiccoughs along the way too, notably the tailbacks on the China – Kazakhstan border.

However, Liu says none of that has been an overriding deterrent, and her company has seen an upturn in applications, from all across Europe. “We have new members who are experienced operators on the New Silk Road, like InterRail Europe, and also a significant number of new players who want to develop their expertise in this arena. Amongst the latter, there is no lacking companies with century long history and strong local reputation, such as Container-Service Friedrich Tiemann and Sohn.”

Ms Liu was speaking to RailFreight Live, at the recent launch of RailFreight.cn, the Chinese language edition of RailFreight.com. This new service reaches many of the trading partners who work with the New Silk Road in the Far East. The new version, which features translated and bespoke content is helping build a further communications bridge along the way.

“There are companies that are very traditional and have had challenges during the pandemic, but this has been a driver for change, and very rapid change”, concluded Liu. “That has been good for us, fulfilling a role of incubator for forward thinking. Companies that have come to us share that mindset, which is good for industry overall. If that all works out, then I think we’ll see more records set along the way on the New Silk Road.”

NEARLY 750 YEARS ago, Marco Polo famously undertook several voyages from Venice across the Mediterranean Sea, overland through Persia and Central Asia to the court of the great Kublai Khan, grandson of Genghis Khan and founder of the Yuan dynasty, which presided over perhaps the largest empire in world history. The Mongols nurtured the Silk Roads of commerce that spanned.