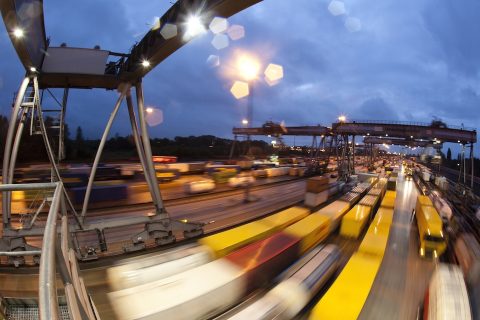 Operator of the port of Hamburg, Hamburger Hafen und Logistik, has suffered a strong decline in revenue and earnings in the first half of this year. The dramatic global decline in the level of economic activity and the resulting economic downturn due to the coronavirus pandemic have had a noticeable impact on the performance of the company. Group revenue declined by 9.4 per cent and the operating result (EBIT) dropped by 51.5 per cent.

Hamburger Hafen und Logistik AG (HHLA) has just announced these figures. “Revenue and earnings have both suffered a strong decline, with a corresponding impact on profitability. Due to the weak volume of trade in the second quarter especially, container throughput fell markedly in the first half of the year while container transport declined significantly”, the company wrote.

Angela Titzrath, chairwoman of HHLA’s Executive Board: “The measures imposed in the second quarter in order to contain the coronavirus pandemic have posed unprecedented challenges for society and business. As a company which forms part of the critical logistics chain infrastructure, we have nonetheless consistently upheld our responsibility and reliably maintained supply routes in Germany and Europe.”

The chairwoman explains that the company tried to limit the impact by means of prudent cost reductions and restraint in our capital expenditure. This should have enabled a foreseen but gradual recovery in the second half of this year.

“For example, over the past few months, the company has become even more digital. We are also adopting an innovative approach to the payment of our dividend this year. Rather than receiving the usual cash dividend, our shareholders can opt to receive class A shares in the company instead. This is a further measure to secure our liquidity, which remains sufficient in order to meet our payment obligations despite the strains placed on us by the pandemic.”