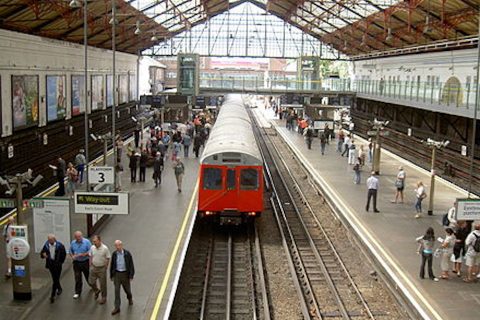 London Underground becomes the first European metro system to take delivery of Chinese manufactured maintenance rolling stock from CRRC. The order which was placed three years ago is for 71 wagons to cover a variety of technical support roles. It is however a small order by comparison with the deal just signed with Etihad Rail in the Middle East, which will triple the size of its brand new freight fleet by adding 842 units to the Gulf operator’s roster.

London Underground, the oldest metro system in the world, is in a constant state of flux. Maintenance, upkeep and expansion are a constant part of operations. On the tracks fleet renewals also play a frequent part. While passenger stock usually grabs the headlines, support vehicles are just as likely to be replaced, if somewhat less likely to capture the attention of the public.

In 2017, Transport for London (TfL) signed a deal with Chinese manufacturers CRRC, for a new fleet of support wagons. State-owned CRRC is the biggest rail transit manufacturer in the world, with a workforce of over 180,000, and a broad catalogue of traction and rolling stock. It’s even bigger than the newly combined Alstom and Bombardier. The consist for TfL is for 66 open wagons and five multi-function flat beds. The specification will allow them to run over the national rail network as well for maximum interoperability.

The stock is not destined for the Crossrail project which, although destined to integrate with TfL services, is a separate operation, and part of the national UK network. A statement from CRRC said this was the first time that a European metro operator had ordered Chinese-built wagons, and recognised the UK as the ‘birthplace of the railway’.

Indigenous wagon manufacture at scale in the UK is all but extinct. The very large works in places like Birmingham, Swindon and Doncaster have all ceased production. Present day UK manufacturing tends to be assembly of passenger multiple units. WH Davis, headquartered at Langwith Junction in the heart of England, owns the last independent manufacturer in the country.

Meanwhile, Etihad Rail, established just over a decade ago, is somewhat younger, and sunnier, than the London system. The stated aim of the government-backed system is to provide a means for a sustainable national rail network within the United Arab Emirates and the broader Gulf Cooperation Council. The operators have placed a much bigger order with the Chinese manufacturer than their London counterparts. In total, 842 units will be delivered when the contract is completed. That will take the fleet to over 1000 units.

The order is larger and more extensive than the contract with London. The rolling stock will include a variety of designs, ranging from intermodal beds to articulated vehicles for cargoes ranging from perishable goods to bulk materials. The commitment from Etihad Rail is to significantly increase the rail share of freight tonnage.

A statement from the chairman of Etihad Rail, Sheikh Theyab bin Mohamed bin Zayed Al Nahyan, said that establishing a sustainable national rail network will make a qualitative change in the freight forwarding and logistics sector in the UAE.

Tailor made for environmental conditions

As with the London order, the specifications call for a high level of interoperability, although it is unlikely that the stock destined for the Middle East will have to cope with the restricted surroundings of London’s Victorian tunnels and variable weather conditions. Then again, as the chairman said of the Etihad Rail order, being tailor made for regional environmental conditions is an important factor, regardless of geographical location.