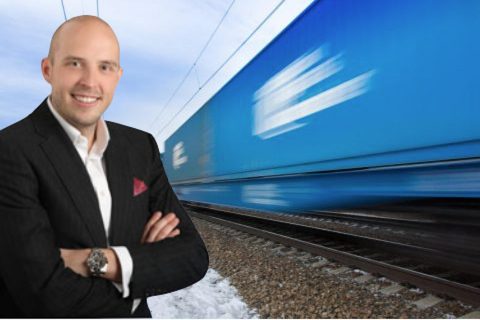 The Bremen based logistics cooperative hub, New Silk Road Network, has expressed optimism over the future opportunities. A squeeze on new membership applications, but New Silk Road Network has continued to attract enquires, despite the effects of the coronavirus pandemic.

Lockdown in almost all of Europe has not been enough to break the cycle of optimism for the future. The organisation has announced their first annual general meeting, to be held in Warsaw in the first week of September. Alexander Hellmers, co-founder of New Silk Road Network, explains the plans and ambitions.

The organisation, which provides a platform for business and knowledge exchange among sub-national trading partners, has long-term aims to build trade opportunities between Europe and Asia. The driver behind those ambitions are the opportunities afforded by the overland routes of the New Silk Road, primarily built around the Chinese government sponsored Belt and Road Initiative.

Historically, Silk Road trading was not just about Far East to far West. What goes on in the vast territories in between is just as important. In Europe, we tend to think of New Silk Road traffic as between Europe and China, but for businesses at intermediate locations there is just much growth potential too. “If you look behind why China is establishing new rail routes, it becomes very interesting”, says Hellmers.

With the population and economy of China skewed towards the eastern seaboard, the Belt and Road Initiative is part of a huge programme designed by the Chinese government to correct that imbalance. “The development of routes through Pakistan, and also the rail connections through central Asia towards Europe, would provide the necessary infrastructure to develop the inland provinces better,” says Hellmers. “What comes with this, is stronger ties with the intermediate countries, that are traditionally not the target of European countries”.

Collateral benefit therefore is there for Europe to become better connected with intermediate territories. Hellmers thinks there are long-term benefits yet to be realised. “Of course, there is still a long way to go, and the benefits might not materialise in the immediate future”, says Hellmers. “However the countries in these corridors provide amazing growth opportunities in the long run”.

With an obvious exception lying off the coast of France, Europe has been moving closer together, at least in trade terms. Warsaw is no longer a far-off eastern bloc capital. The ‘Paris of the North’ is very much a pivotal part of the wider Silk Road corridor, and the chosen location for the inaugural annual meeting of the New Silk Road Network. “Poland has in recent years established itself as a major logistics hub”, says Hellmers. “Warsaw being their well connected capital, is centrally situated to welcome guests from all over Eurasia”.

New Silk Road Network launched in Germany, for the same reasons as the New Silk Road is an attractive trade proposition. The worldwide reputation of strong mid-sized companies, the so-called “Deutsche Mittlestand”, includes many high quality, long standing logistics companies. However, high-end, low-volume may not sit well with reductions in Chinese subsidy and a requirement for trains to run fully loaded. Although, given the rapidly changing world circumstance, that framework cannot be take for granted.

“The subsidies indeed have an important impact on the affordability of the rail, and the requirement for full loaded trains also pose the challenge of consolidating enough cargo”, observed Hellmers. “We think that the reduction in subsidiaries is a necessary step in regulating the market and levelling the playing field. Rail cannot always rely on subsidy support. Eventually, it will have to eventually go without it. The requirement for fully loaded trains, also calls for more consolidation and joining of forces, especially from SME’s, which correlates with our mission”.

Long term, and the Chinese commitment is always long term, there are many other factors that drive the popularity of the New Silk Road. Serving more than the agenda for Chinese trading influence, the overland routes have the power to foster growth, just when the world economy needs it. “We see a clear need for the BRI to become more efficient”, says Hellmers. “A few big hubs are not enough to release the full potential. Part of this is because in Europe, the pick up and drop off points for rail containers are much more limited when compared to sea freight. This is due to the agreements between operators and terminals. So while one operator might be able to provide the better rate for the rail freight, if your cargo origin site is not near their nominated depot, the additional trucking and handling cost might end up breaking the deal”.

Although Poland carries out a significant part of its international trade with neighbouring Germany, the country’s mixed economy lends itself well to further growth. Heavy industry and agriculture remain strong, but light manufacturing is growing, and export markets are underdeveloped. While China is Poland’s second biggest import partner, after Germany, there is room for export growth and, given the fast-developing connections to Silk Road corridors, that makes Poland an attractive location for discussing opportunities.

Poland has in recent years established itself as a major logistics hub, and is well situated to welcome guests from all over Eurasia. “We understand that many of us are still facing the challenges of the coronavirus crisis, which bring uncertainty and difficulties both personally and business-wise”, says Hellmers. “However we are confident that with the actions all nations and companies are taking, the situation will improve in the coming months. A recovery for all businesses will not be easy, but as a network, together we will strive and survive”.