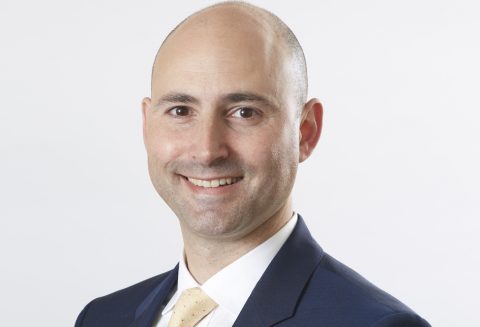 Amid winning new business and keeping vital supplies delivered, the UK operations of DB Cargo have announced the appointment of a new CEO, in the person of current chief financial officer, Andrea Rossi.

Challenging times all round have not stopped the big red from making headway with a number of new business deals and a new head of the business. Taking the corporate throttle on 1 September will be Andrea Rossi, who has been serving in the c-suite as chief financial officer since 2017. Rossi will take over from Hans-Georg Werner, who had previously told the board he intended to retire later this year, on conclusion of his current contract.

“I am under no illusion that I am taking over the helm at yet another challenging time for the rail freight sector’ said Rossi. However, he steps up in confident mood. “As we have proved before, our colleagues at DB Cargo UK have the skills and determination to overcome adversity”.

Whatever may have been reported of operations abroad, the company has been making strides the the UK market. Earlier this week, the out-going chief had put the finishing touches to a high-profile international deal, which will see DB Cargo UK launch a new express 72-hour rail service to transport essential hygiene, medical and food products from the terminals in Valencia and Murcia to London. With fresh produce from Spain very much a staple of the UK diet, the inauguration of this service comes at just the right time for beleaguered Britain.

While Rossi is first to point out that his predecessor takes credit for the deal with Spanish sister company Transfesa Logistics, he is looking to the future for more new business. “Despite the ongoing coronavirus pandemic, DB Cargo UK is very well placed to resume where we left off when the current restrictions are lifted and remain fully focussed on continuing to grow our business here in the UK. I look forward to the challenge”.

While sunny, long distance runs from Spain make for good headlines, DB Cargo UK has been working away at less glamorous contracts, which are none the less important to the economic welfare of the country, and the company. Last week, in the slightly less than Iberian surroundings of Cricklewood in north London, DB Cargo UK operated the first service from a new rail freight terminal on behalf of FCC Environmental, a waste management company with nationwide operations.

Cricklewood to a managed landfill site in Calvert, Buckinghamshire, may not have the attention-grabbing potential of Valencia and Murcia to London, but, whether it is 30 refrigerated containers of medical and food supplies across international borders, or 1500 tonnes of construction spoil in the Home Counties, Rossi knows that his company has the resources to tackle the job.

Challenges ahead for industry as a whole

For his part, Rossi was instrumental in the delivery of the DB Cargo UK restructuring programme in 2017, not long after the company had struggled with the precipitous decline in coal traffic. He has since overseen a major overhaul of company finances, procurement, IT and property portfolios. He is also currently overseeing a review of the company’s £1.3bn pension fund. “I am absolutely delighted to be taking on the role at DB Cargo UK and would like to thank Hans-Georg for the enormous contribution he has made to the company and the personal support he has given me over the years”, he said in a formal acceptance.

Having planned for retirement for four years, the outgoing chief executive still paid tribute to his colleagues, and recognised the turnaround in company fortunes. “The rail freight sector continues to face some significant challenges, such as the current coronavirus crisis”, said Werner. “However it is now a much more professional and resilient organisation that will continue to deliver for its customers. I will be sad to leave but I do so in the knowledge that my successor has all the necessary skills and knowledge to continue to build on what has been achieved”.