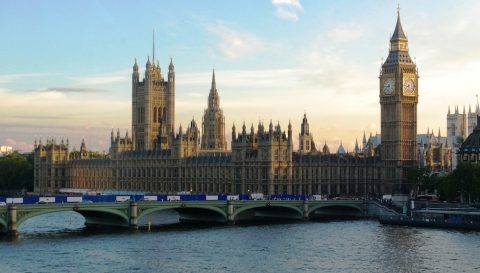 The first UK budget since Brexit delivered a large package of investment pledges, aimed at helping the economy in the short and long term. However, in the transport sector, it was roads that were the winners, with rail hardly mentioned.

UK Chancellor Richi Sunak today (11 March) announced a multi-billion pound package of immediate support for the British economy, in the face of the Covid-19 coronavirus outbreak. He announced relaxations in commercial taxes, and better access to social security benefits for those unable to work, either due to infection or imposed isolation.

While this has an impact on workers and businesses in the rail freight sector, and elsewhere, it was his announcements on infrastructure investment which were most keenly anticipated by the industry.

As always with the British budget speech, there was much speculation beforehand, about the level of investment to be announced. With wide reporting that the figure would be a colossal 600bn British pounds over ten years (720bn euros), there was more attention than usual. That figure would represent the highest level of investment since 1955 – notably the year of publication of the infamous modernisation plan of Britain’s railways, which led to the closure of half the network.

“It is a budget of a government which gets things done”, boasted the chancellor, to howls of approval from his own back benches. As the first post-Brexit budget, it was demanded that the chancellor make a landmark speech. To grudging acknowledgement from opposition parties, it was agreed he delivered.

The 106bn British pounds (124bn euros) HS2 project, connecting London and Birmingham was approved just a few weeks prior to the budget. There have been calls for high levels of investment in the existing rail network, particularly in the north of England.

Among the major steps the chancellor announced, he said that economic decision making will reflect the economic requirements of the country. “Broadband, railways, roads – if the country needs it we will build it”, he said. Among devolution settlements to the nations within the UK which have their own governments – such as an extra 640m British pounds (740m euros) to Scotland, he announced new powers for regional elected mayors in England – such as the West Yorkshire mayor, who will get new London-style transport policy authority.

However, anyone hoping for a programme of rail building was disappointed, “27bn British pounds on strategic road links to ports, 4000 miles of roads”, announced the chancellor. He then cited a long list of specific projects, including a final approval for a tunnel to bypass Stonehenge.

Unfortunately, the chancellor was scant on rail details. A commitment to the improvement of the Leeds-Manchester “northern Powerhouse Rail” corridor was the only project mentioned by name. Organisations like Railfuture, or campaign groups with freight in mind, like Campaign for Borders Rail Amy not be satisfied.

He did say the government would build better, spades going into the ground around the country. All he mentioned though was a new passenger station at Cambridge South, refurbishment for Doncaster station, and accessibility improvements at dozens more.

Modernisation is critical to the future of the railways. The chancellor announced a 22bn Britsh pounds (25bn euros) investment overall in research and development (R&D) – equivalent to 2.4 per cent of GDP. How a proportion of that may filter into the rail industry is up for debate. Potentially, there are better opportunities to engage with academic institutions, as much of the R&D effort is channeled through universities.

In a greening of the transport economy, the chancellor announced new taxes on fossil fuels. However, the rail sector was excepted, meaning no increase in diesel costs for rail freight operators. 800bn British pounds was announced for at least two carbon-capture projects, potentially based in north east England and north east Scotland.

Perhaps the biggest cheer was reserved for a significant reduction in taxes for traditional pubs. Something to be celebrated down at the Railway Tavern, no doubt.