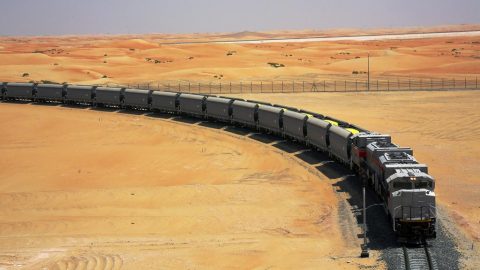 A joint venture of L&T Construction and Power China International has been awarded to design, build and commission seven freight handling facilities on Etihad Rail, the national railway network of the UAE. The contract is worth 1.876 billion dirham (470 billion Euros).

The facilities are part of Stage 2 of the national rail network and will be built in Industrial City of Abu Dhabi, Khalifa Port, Dubai Industrial City, Jebel Ali Port, Al Ghayl, Siji and Fujairah Port. Once they are built, the emirates of Fujairah and Khorfakkan on the east coast are successfully connected to the border with Saudi Arabian at Ghuweifat.

The contract was signed on 29 January, when Chairman of Etihad Rail Sheikh Theyab bin Mohamed bin Zayed Al Nahyan formally launched construction of Stage 2 Package A, which covers the 139km section of the line connecting Stage 1 at Ruwais with Ghuweifat.

“We are witnessing a remarkable day for Etihad Rail as we witness the transition from planning and design to actual implementation of the project on the ground, following in the footsteps of our founding fathers as we implement one of the nation’s most strategic projects, one that contributes to the economic development of the country by providing a safe, reliable and integrated alternative mode of transport”, he said.

The national railway network should eventually expand over 1,200 kilometres. The first part is already operative, comprising of 264 kilometre of railway from Shah and Habshan near Abu Dhabi to Ruwais. Here, granulated sulphur from the Abu Dhabi National Oil Company is transported for export.

In the next phase, the northern emirates will be linked with Dubai Central, Port Saqr and Khor Fakkan, adding another 250 kilometre of railway to the country. 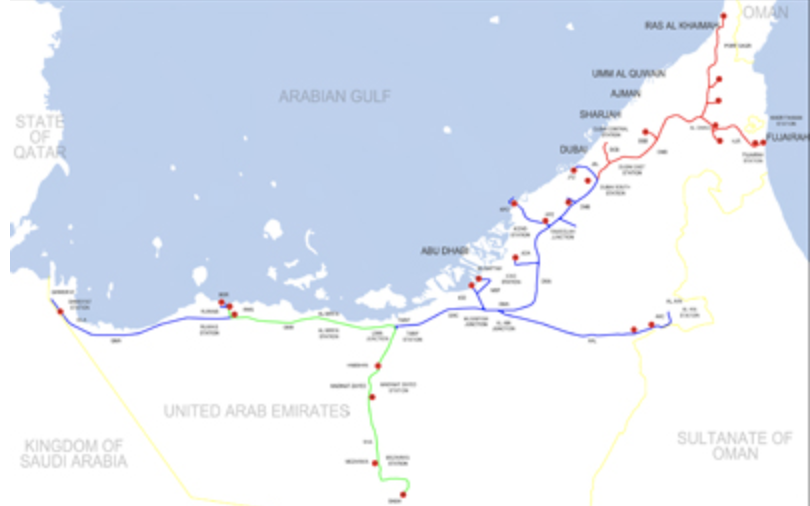