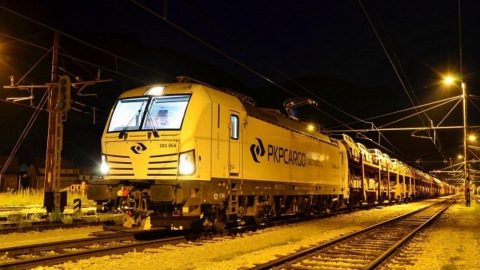 Polish rail freight operator PKP Cargo has rebranded its Czech subsidiary Advanced World Transport to PKP Cargo International. Besides the new name, the Czech company has obtained a new corporate logo and colours. The rebranding is part of PKP Cargo’s strategy of strengthening its business on the so-called Three Seas Corridor between the Adriatic, Baltic and Black Seas.

The new brand of Advanced World Transport (AWT) is in effect per 2 October. It will allow both companies to provide a better reflection of their close relationship and unified operations on the foreign markets. “We would like to develop the PKP Cargo Group operations in new markets and gain new customers. AWT has an important place in this strategy. A striking reflection of such a strategy, as well as a manifestation of the further integration of AWT in the PKP CARGO Group is the rebranding of the company, consisting in changing its name, logo and corporate colours”, said Czesław Warsewicz, CEO of PKP Cargo.

AWT is the second largest rail freight operator in Czechia. It was established in 1952 as OKD Doprava to serve Ostrava-Karviná Mines (OKD), the largest mining company in the country. In 2007 the company acquired by New World Resources Transportation. Afterwards, in 2010, OKD Doprava was rebranded to Advanced World Transport (AWT).

The close partnership between AWT and PKP Cargo started in 2015 when the latter purchased 80 per cent shares of the Czech company. In two years, the Polish rail freight operator became the sole owner of AWT. At the end of last year, the Czech subsidiary of PKP Cargo was strengthened with the acquisition of Slovenian company Primol-Rail. This allowed PKP Cargo to improve its service heading to the port of Koper.