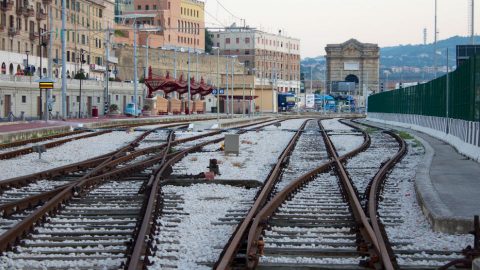 Mercitalia, the freight subsidiary of the Italian national railway company FS, has taken complete control over POL-Rail, a former joint venture with the Polish operator PKP Cargo. The Italian company wants to be the sole owner of the subsidiary in order to boost its growth in Eastern Europe. POL-Rail incomes totalled 35 million euros in 2017.

Via POL-Rail, Mercitalia and PKPCargo shared logistics installations and developed additional facilities in Romania, Russia, Belarus, Macedonia, Slovakia, Czech Republic, Slovenia, Serbia, Ukraine, Moldova and Bulgaria. In addition, POL-Rail has its own hub in Cervignano del Friuli in Italy. From there, it offers logistics services for complete trains between Italy, Romania and Greece.

Mercitalia has several subsidiaries in Eastern European countries, such as Hungary and Romania. Its Hungarian arm, called Hungaro Rail, operates in partnership with Austrian Railways and Hungarian Railways, being the major railway company in the country. The Romanian subsidiary, called Rom Rail, is headquartered in Bucharest and offers services to Moldova, Bulgaria, Greece and Turkey.

The general manager of Mercitalia Logistics, Marco Grosso, noted: “This decision is within the strategy of Mercitalia Rail to offer services in the entire supply chain and to establish subsidiaries in several European markets.”