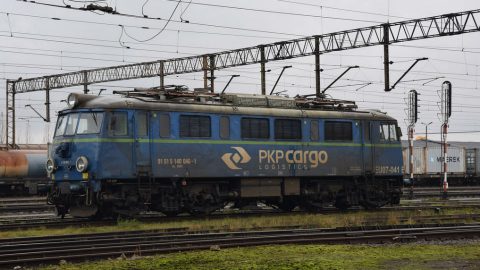 How PKP Cargo expands its business on the Baltic-Adriatic corridor

PKP Cargo is negotiating a partnership with Mercitalia Rail to improve cooperation on the Baltic-Adriatic corridor between Wroclaw and Tarvisio. It is the latest in a series of attempts to improve access to the Adriatic seaports in the last five years. “Foreign expansion is one of the key strategies of our company’s development in the coming years”, Czeslaw Warsewicz, CEO of PKP Cargo said.

On July 11, PKP Cargo started negotiations with Mercitalia Rail, its counterpart in Italy. The final agreement will be signed in a few weeks, but the intentions have already been made clear. The two companies will establish a strategic partnership on the north-south corridor between Wroclaw, in southern Poland and Tarvisio, northern Italy. The agreement will allow PKP Cargo and Mercitalia Rail to offer a new service on the Baltic – Adriatic corridor.

“First of all, the agreement will assume to improve the quality of the Tarvisio – Wroclaw railway line. Second, it will result in the creation of a working group consisting of representatives of both companies, to develop the principles of cooperation and prepare a new product responding to the market demand”, PKP Cargo reported.

Business on the corridor

The agreement is not the first move of the Polish operator to expand its business on the corridor. The first step in this direction one was made in 2013, when PKP Cargo acquired access to Tarvisio station. Two years later the Polish freight operator became a strategic partner of HŽ Cargo, a Croatian rail freight company.

PKP Cargo also intended to buy 40 per cent of HŽ Cargo’s shares. However, the Croatian government changed its plans and cancelled the privatisation of this company. As an alternative, the company acquired 80 per cent of the shares of AWT, the second biggest freight carrier in Czech Republic. Owing to this deal, PKP Cargo gained access to new markets: Slovenia, Croatia, Romania and Bulgaria.

PKP Cargo is not the only Polish company actively expanding its profile on the Baltic – Adriatic corridor. The same is done by OT Logistics, a large multimodal transport company moving cargo by rail and barge as well as handling freight in seaports. In October 2015 the company acquired a 20,81 per cent holding of the Port of Rijeka, the largest seaport in Croatia with an annual turnover of 1 million tonnes. The Polish company is planning to increase its share to 50,56 per cent in the following months.

After the successful transaction in Rijeka, OT Logistics decided to compete for sharres of HŽ Cargo, but its plans failed due to the decision of the Croatian government. Nevertheless, the company did not give up and changed its focus to other Adriatic countries. In October 2016, OT Logistics announced its ambition to participate in the privatisation of Montenegrin transport companies AD Luka Bar (state operator of Bar Seaport) and AD Montecargo (state-owned rail freight company). At first, the government of the Balkan country agreed with the offer,, but then it changed its mind. As a result, the expansion plans of OT Logistics failed.