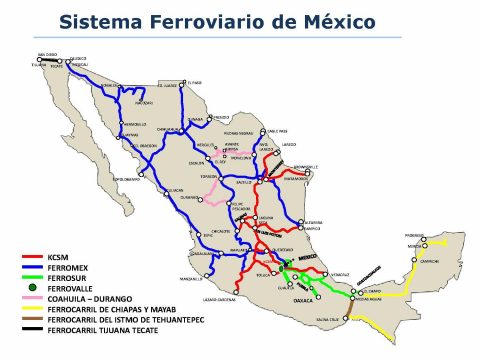 Mexico’s Antitrust Commission Cofece has concluded that there is a lack of competition in the national rail freight sector in a recently initiated investigation. “There are no real competition conditions in the rail freight sector, which is currently run by by Kansas City Southern (KSC), Ferromex, Ferrosur and Ferrovalle”, Cofece stated in its report.

The mentioned companies can set prices, restrict the service or limit the service access, drive up the prices and delay deliveries, not having competitors to offer alternative services, the commission explained, adding that KSC and Grupo Ferroviario Mexicano can increase their prices over eight times, taking advantage of their oligopoly.

Cofece started the investigation on 7 March 2017 and completed on 7 March this year. After this conclusion, it is expected that alternative rules will be developed to guarantee an acceptable level of competion in Mexicon rail freight.

Ferromex is the biggest Mexican rail freight company, operating on 10,000 kilometer of tracks. It started business in 1995 and has acquiried several companies. Cofece blocked the merger between Ferromex and KCS in 2010, although both companies made several agreement regarding the transfer of goods.

Currently, the Mexican government has ambitious infrastructure plans and the mentioned companies are essential in assuring these plans. However, the Cofece´s investigation may have consequences in terms of private investments.