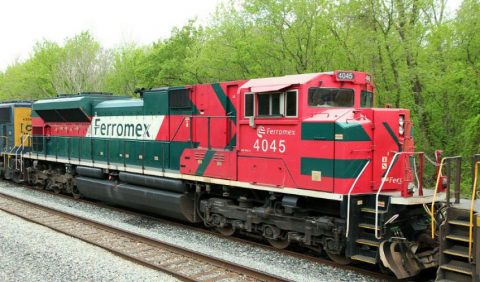 Rail agreement between Mexico and Canada

The Mexican and Canadian governments have signed a Memorandum of Understanding (MOU) to exchange information on the railway industry and its regulation. The agreement is big step forward towards better integration of the rail freight markets of the two countries, which are both members of the North American Free Trade Agreement (NAFTA).

The agreement will be implemented by the Mexican Regulatory Agency for Rail Transport and the Canadian Transportation Agency. The Mexican Ministry of Transport stated: “The exchange of data to share best practices is essential for the compliance with current regulation mandates, as well as improving and developing rail transport in general in both nations.”

Mexico is making several important investments in its rail industry, which totalled 112 billion Mexican Pesos (4.8 billion Euros) in the last couple of years, according to Mexican government data. The most important projects are:

These projects herald a revival of the Mexican rail industry after its complete privatisation in 1997 and the closure of the national rail society FNM in 2001. The FNM was created under Porfirio Diaz´s government in 1907 and was nationalised after the Mexican revolution (1910-20) in the 1930´s. It became a strategic development tool for many Mexican governments, which wanted not only to transport the national oil and agricultural commodities efficiently but also to link all its states.