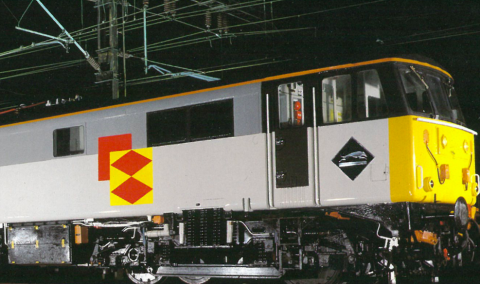 London is hosting a novel new exhibition that celebrates the striking branding created for the former British Rail’s Railfreight division in the 1980s.

Railfreight was responsible for all of the UK’s freight network transports back in the mid-80s, and its rebranding by the studio Roundel, with its coded designs based on airplane livery, has become something of an icon for design style.

The exhibition, Design For Rail, is being curated by Sea Design’s Bryan Edmundson, whose first job in design was for the Roundel studio, shortly after the new Railfreight identity had been launched.

“It is a very personal project,” Edmondson told DesignWeek. “The work still stands the test of time and is an oddly restrained, modernist identity considering it was created in the ‘big’ era of the 1980s.”

The exhibition is at the D&AD at 64 Cheshire Street, and runs from February 22-26. Further details are on the website.