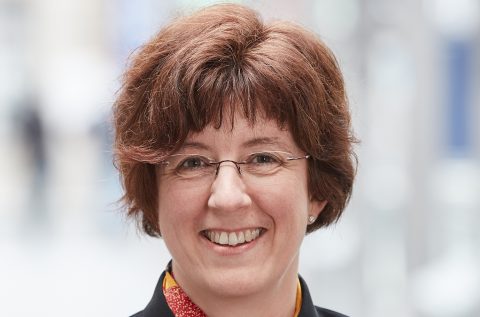 Laurence Zenner is to be the new CEO of Luxembourg’s CFL Cargo, taking over from the retiring Marc Polini from January 1. CFL Cargo was created by the merger of the freight division of CFL (Société Nationale des Chemins de Fer Luxembourgeois) and the internal transport department of the Luxembourg production sites of ArcelorMittal.

Zenner began her career in research & development with a steel buildings manufacturer and joined the CFL group in 1999, where she held various positions. After managing the infrastructure department for two years, Zenner was appointed General Secretary in March 2014, before becoming Quality Manager in April 2016.

“I am ready to take up this new and great challenge of contributing to the development of the freight activities,” said Zenner. “I have always been passionate about all aspects of the railway domain and logistics.”

Marc Wengler, CEO of CFL Group and Chairman of the board of directors of CFL Cargo, added: “Thanks to her long experience in the rail industry, Laurence will be able to give us a new impulse to the activities of CFL Cargo, which operates in a highly competitive environment and faces many technological challenges.”

CFL Cargo, together with its subsidiaries in Germany, Denmark, Sweden, France and its technical division operates on the main European north-south and east-west rail freight routes.