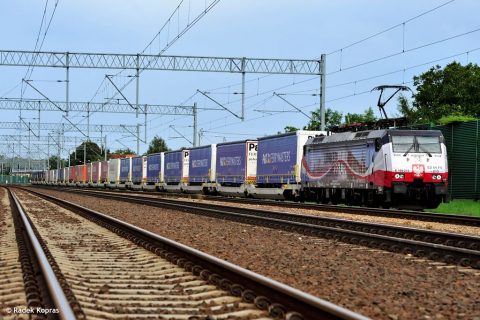 The rail freight service jointly operated between P&O Ferrymasters and Polish logistics provider Erontrans which links the United Kingdom and Poznan is being increased to five journeys per week, it has been announced.

Both companies say that the expansion, which started last week, is evidence that rail transport between Rotterdam and Poland is on the increase. The GVT Group of Logistics started with a shuttle at Rzepin in Poland at the start of September. The P&O Ferrymasters service will start from the CLIP terminal Swarzedz-Poznan, and travel to Europoort, part of the vast Port of Rotterdam. From there, the cargo will be transported by P&O sea ferry to the UK and vice versa.

The service, implemented by LTE, comprises a maximum of 36 Huckepack trailers, each of which has a capacity of 28 tonnes. The journey between Rotterdam and Poznan takes around 20 hours. Mark Timmermans, Trailer Manager for P&O Ferrymasters, said: “We already ran on Tuesdays, Thursdays, Fridays and Sundays from Europoort, and Wednesdays have now been added to this. This enables us to offer a product that, compared to road transport, is particularly competitive both in terms of time as well as rates. And we are already seeing growth in demand. We have seen a sharp rise in interest from customers since the service launched in June and we have taken the decision effectively to increase capacity by 25 per cent.”