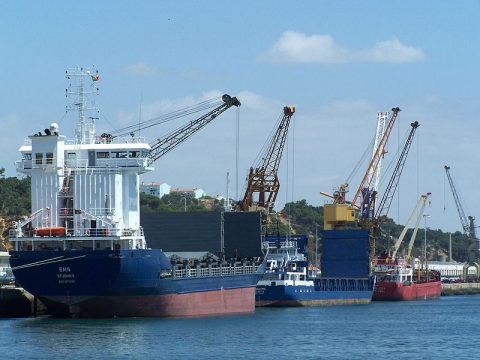 The Portuguese Port of Setubal will have its railway connections improved. Studies regarding the project are currently carried out, the Ministry of Development and the Port Authorities of Setubal and Sesimbra recently revealed. The Port of Setubal is the second-largest port after the Port of Sines, but with higher rail freight volumes.

The objective of the project is to electrify all railway connections, develop new incoming and outgoing railway tracks and construct a new connection between the port and the stations of Praias-Sado and Setubal Mar. As a result, operative costs will be reduced, cargo traffic increased and new, efficient multimodal logistics trends will be developed. Railway connections to the port terminals of Tersado, Sadoport and Somincor are considered.

The project has a budget of 395 thousand Euros and preliminary studies are carried out by Consortium CGQP, formed by engineering firm Quadrante and consultant Prospectiva.

The Portuguese government wants to improve competitiveness of the port, which is a key hub for Lisbon and a main gate for primary sector exports from the Spanish region of Extremadura. The port of Setubal witnessed traffic volumes of 6.98 million tonnes and 156,567 TEUs in 2016, according to data provided by the Port Authority.