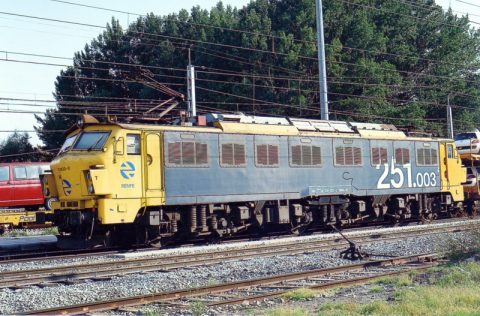 Rail freight traffic between the Spanish Port of Santander and the station of Mataporquera has increased by 12 per cent since the use of locomotive model 251 on this line. Trains departing from the Spanish Central Plateau to the port now carry 1,050 tonnes, 160 tonnes more than before. Trains in the opposite direction carry 1,920 tonnes of freight, an increase of 300 tonnes. The capacity between these routes varies due to height differences.

The increase of capacity was announced by the General Manager of the Port of Santander Jaime González and Commercial Director of rail operator Renfe Alejandro Huerto at a press conference in Santander.

Traditionally, the station of Mataporquera has been a logistics hub for the transport of coal from the Spanish provinces of Asturias and Leon to the port of Santander, the main export gate for this product. The railway connects to the line between Irun (Spain) and Hendaye (France) and is essential in adapting cargo trains from Spanish rail gauge to the European one.

However, closures of Spanish coal mines have led to a change in the layout of the port in order to attract new traffic. Railway cargo services for coal are still important, but the automotive industry in Castile and Leon demands other services to carry vehicles to the port. Following this trend, the port combines has added ro-ro tracks between Santander and ports of Portugal, Great Britain, France, Belgium and the Netherlands.