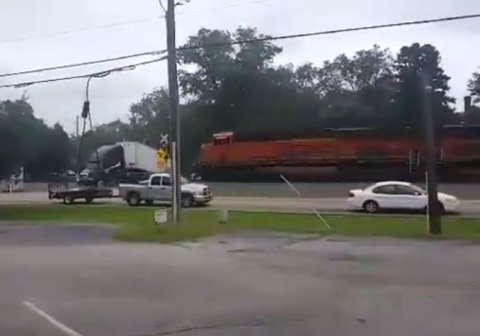 Freight train crashes into semi-trailer in US

A freight train crashed into a semi-trailer in the US state of Georgia last Thursday. No injuries were reported, but the truck was cut in half due to the collision. Moments before the crash, the truck was seen getting stuck on the track at Locust Grove in Henry County.

According to Fox News, the train was operated by Norfolk Southern company. The semi-trailer was reported carrying candy cargo. Eye witnesses captured the accident with their mobile phone. 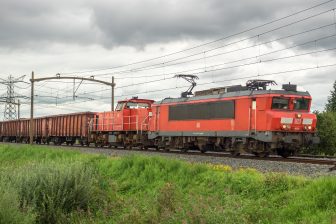