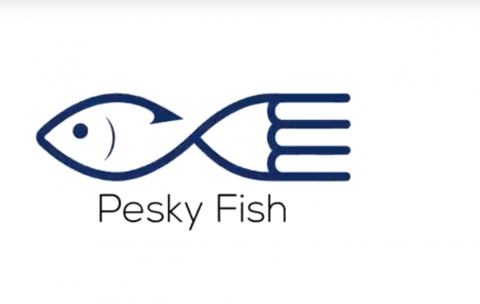 The fishing line – from sea to train to table

The UK’s InterCity RailFreight, which puts freight on passenger trains, will soon be delivering sea-caught fish from the south west of coast of England to London’s top restaurants within a few hours.

It is teaming up with seafood company Pesky Fish to shortly begin a service, whereby fish caught in the sea off Cornwall in the morning will be quickly packed and loaded onto a London-bound train at Plymouth. From there its destination will be diners’ plates in the capital.

Describing the initiative as ‘a story customers will want to hear’, Pesky Fish, which claims to supply ‘high end restaurants in London with the freshest fish available, says on its website: “As we have been saying for years, the train was going there anyway, and reducing congestion and pollution at the same time, so why don’t the politicians get this.”

It has produced a video previewing the service, in which it says fish caught at 4pm will be on a plate, via rail, by 7pm in London that evening. Ben King, the skipper and owner of Pesky Fish, says: “From Plymouth to London is a 242-mile drive, so let’s say you are a van and have to do that every single day, that is just short of 500 miles in a van, every single day, whereas you have eight or ten trains that are all going on existing routes to London. You are not adding more infrastructure, you are simply using what is already there. Nobody else in this industry has been able to do what I believe ICRF is doing.

“Rather than a full van load, you are able to send smaller, more manageable consignments – our goal is to make the best and most beautiful day-caught fish more accessible and more affordable,” he adds.

“The fact that we will be able to stabilise prices, that is a concept in fresh fish which has never been seen, and so that is simply what we are here for. We are not in this as a wholesaler, we are not in this to make loads of money. We are here to make the distribution of seafood more accessible and more affordable, so people can have great fish, but from a sustainable industry which has been flagging. We want to turn that tide.”