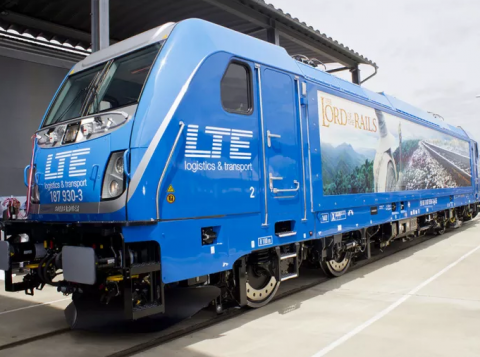 ‘Lord of the Rails’ is star of the show

A Lord of the Rings-inspired promotional film which makes rail freight the star of the show is the latest marketing innovation of Austrian-based multimodal operator the LTE Group.

With a Bombardier Traxx AC3 taking the starring role of the ‘Lord of the Rails’ film, it shows three shadowy people, an axeman, bowman and a wizard, being pursued through a forest by a mysterious cloaked figure.

The film, which lasts around seven minutes, culminates with them reaching a railway line, where the wizard taps the rail with his staff. The cloaked figure disappears, and the Traxx locomotive, emblazoned with Lord of the Rails livery, magically appears on the track.

First shown at the recent Transport Logistic fair in Munich, the film also includes a competition to win LTE merchandise, which requires viewers to translate some hidden messages. The film ends with the word: “Lord of the Rails. From sea to sea. All across middle earth, one rail to serve.”

Watch the Lord of the Rails video here: