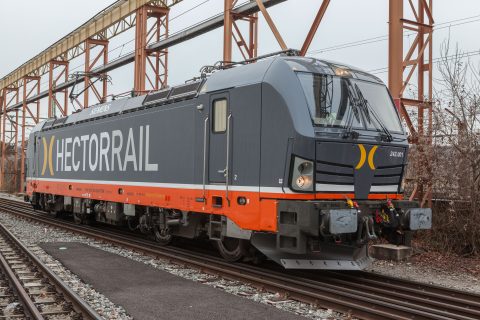 A key member of GBRf’s executive team for almost seven years, Knowles said it was a ‘very exciting’ next step in his career to be moving within the group from where he will lead on performance and delivery. Knowles will retain his position on the board of GBRf, through his appointment as a non-executive director.

The appointment was confirmed as Hector Rail announced it was boosting its operating fleet with the acquisition of 15 Vectron alternating-current (AC) locomotives from Siemens Mobility. With a maximum output of 6,400 kw and a top speed of 200 km/h, all will be equipped with both the European Train Control System and ATC2-STM train control systems.

Used for heavy freight and timber transportation in Sweden and Norway, they also have diesel power modules which enable them to bridge short stretches which are not electrified.

“Without a doubt, any success I have had in GBRf is largely due to the passion, dedication and hard work of those people I’ve worked with over the last 13 years,” said Knowles. “For that I am very thankful and proud to have been part of such a phenomenal journey.

“I’ve very much looking forward to joining Hector Rail and working alongside the teams in Scandinavia and Germany. This opportunity to remain within the group but take over what is the next natural step in my career is very exciting.”

His appointment was welcomed by the CEO of Hector Rail, Joakim Landholm, who said: “David brings with him incredibly strong knowledge and experiences which will be vital as we continue to develop Hector Rail AB.”

John Smith, Managing Director of GBRf, added: “This is the next natural step for Dave in his career and a great opportunity for him. I know everyone at GBRf will join me in wishing him every success for the future. The success of Hector Rail Group depends on the strength and performance of all the businesses within the group, so having Dave at the helm of Hector Rail AB can only mean positive growth or the group as a whole. Dave will be sorely missed.”