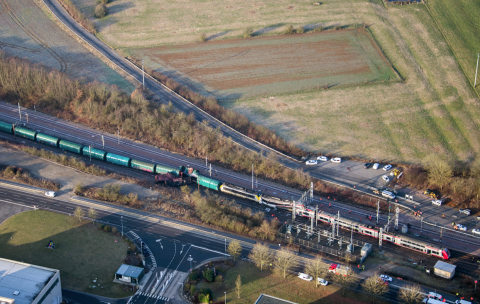 A passenger train passed a stop signal shortly before a collision with a freight train in Luxembourg killed one person and injured two others on Tuesday. Luxembourg’s national railway operator CFL said recordings from the train’s traffic management system had confirmed the passenger train had overrun a red light but added it did not know why this had happened.

The driver died in the collision which happened between Bettebourg in Luxembourg and Zoufftgen in France. The passenger train was in collision with a freight service travelling from France to the Bettembourg area. The freight train was reported by the Luxembourger Wort news service as having one locomotive and 27 empty cars.

Police now say that along with the driver who died, two more people, a conductor on the passenger train and the driver of the freight train, were also injured. Around 100 police and rescue personnel were involved in the rescue operation. The route from Luxembourg to Thionville, initially due to be closed for 48 hours, is now closed until further notice. The crash happened close to the scene of a similar incident in 2006, when six people were killed.