Austrian freight carrier Rail Cargo Group (RCG) is to receive 200 new locomotives for use on its cross-border operations in a deal signed by parent company ÖBB and Siemens. Described as Europe’s ‘biggest locomotives tender’, the Vectron models will be built in Munich and and the first units delivered in the summer of 2018.

With a top speed of 160 km/h and a maximum output of 6,400 kw, the locos will also be equipped with the European Train Control System (ECTS), and used in Austria, the Czech Republic, Croatia, Hungary, Germany, Italy, Poland, Slovakia and Slovenia.

Under the framework contract, up to 100 alternating current (AC) locomotives, 50 AC with diesel power modules and 50 multi-system (MS) can be put into action by RCG. It means ÖBB can order according to their requirements. An initial order for 30 locomotives has been placed.

Jochen Eickholt, CEO of Siemens Mobility Division, said: “Winning the biggest tender for locomotives in Europe underscores one thing above all: the capability of our Vectron platform. It offers the greatest flexibility throughout the locomotive’s entire lifecycle. And for operators that means they can make long-term plans for the future.”

Andreas Matthä, CEO of ÖBB Holding, said: “Europe, not only Austria, is our market. The new locomotives enable us to further expand our international freight transport and increase our ownership in Europe, from the Czech Republic to Italy or from Germany to Slovenia. ”

Siemens has also entered into a deal with leasing company LokRoll AG to supply 18 of the multi-system models to Swiss freight supplier SBB Cargo International. They will also be used on cross-border routes, spanning the Switzerland-Austria-Germany-Italy corridor. 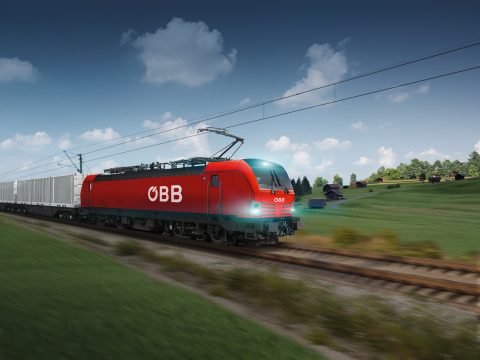 With the recent opening of the new Gotthard Tunnel facility, SBB intends to rent the locomotives for use over a 15-year period. The performance capability of the multi-system models means they are essential for providing continuous traction between Italy and the North Sea ports.

SBB Cargo International said in a statement that it had been using similar locomotives in the domestic German market for some time now, and was ‘convinced by their performance range.

“It is now a question of applying this knowledge to increase the efficiency and effectiveness of transalpine services, and gradually achieving an acceptable ecological footprint while networking European industry and supplying built-up areas along the North/South axis. The rental of 18 multi-system locomotives has opened the door to a more interoperable railway era,” it added.