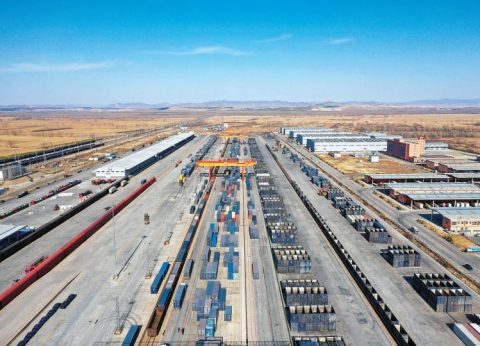 Silk Road traffic grew in 2022: here’s how the figures developed

In 2022, traffic volumes between China and Europe reached a new milestone despite what has probably been one of the most volatile years in Eurasian transport. According to figures released by the China National Railway Group Co., Ltd. Work Conference in early January, China-Europe trains reached 16,000 trips and delivered 1,6 million TEUs.

Breaking down the numbers

2022 highlighted the discourse around Silk Road traffic growth. That is because 2022 was an exceptional year, very challenging, adding more obstacles to the already fragile Eurasian supply chain. The state of war in Ukraine after Russia’s invasion in late February resulted in pessimism with rail companies, freight forwarders and shippers looking for alternatives since western sanctions complicated business with Russia and rail transit via the country.

Despite forecasts that Eurasian volumes would experience a substantial blow leading to their significant drop, those fears were not confirmed in the end. In contrast, transported volumes between China-Europe kept growing. However, when examining those figures, one should pay attention to detail.

Specifically, the overall China-Europe volume throughput has grown during 2022, yet, it is not indicative of the actual traffic between European countries and China since the China National Railway considers Russia as a European destination along the New Silk Road.

That being said, those 1,6 million TEUs transported in the past year do not describe the actual Europe-China traffic. When looking at the Eurasian Rail Alliance Index, it is apparent that transported volumes between European hubs and China decreased by 31,94 per cent compared to 2021. Specifically, in 2022 Europe-China volumes in both east and west directions amounted to 386,374 TEUs. In 2021, this number was around 618,180 TEUs.

A reason to worry?

As mentioned, the industry has been discussing the decreased China-Europe volumes for months. Indeed, the decrease is not negligible, and European companies active on the Silk Road have been dealing with the challenges it brought.

Geopolitical instability always impacts business. Especially in the context of sanctions, restrictions, market volatility and customer insecurity, which characterised 2022 as a whole, the lowered volumes did not come as a surprise. Nevertheless, the drop is not indicative of the future. Despite the war, the overall Silk Road traffic reached a new high instead of collapsing, as many experts feared. On top of that, bilateral relations between Europe and China keep improving, with both sides expressing their will for closer cooperation and leaving room for more Silk Road growth.

Additionally, the relaxation of China’s Covid-19-related policies could boost Silk Road traffic even more, starting in 2023. Hopefully, a permanent ceasefire in Ukraine could also result in a more stable and peaceful period, followed by a reapproach of Silk Road routes and traffic possibilities.

After all, as Jakub Walczak from CH Robinson highlighted during the European Silk Road Summit 2022, instead of looking at the relatively negative figures currently, the Eurasian rail freight industry should instead start preparing for the next peak season, which is not far away.