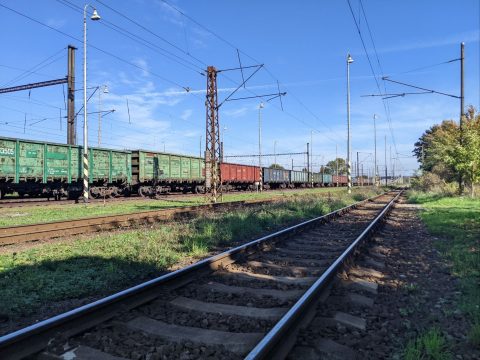 A broad gauge railway track runs up till the Slovak industrial city of Kosice, an infrastructure that was once laid by the Soviet Union to provide the region with steel production and heavy industry. Today, broad gauge railway is once again considered to be crucial, this time as it is an extension of the railway network in Ukraine.

While in most European countries the railway network exists of normal gauge, the CIS states are characterised by broad gauge, 1520 mm wide. It is one of the headaches of the railway industry, because a change of gauge means a change of trains, and this takes time. It is therefore not a coincidence that cities such as Kosice where the two different gauges meet are important intersections for the rail freight industry.

The points where broad gauge extends into Europe have gained renewed interest since the war in Ukraine. Europe wants to prepare for a future where Ukraine is more integrated with the European network. This means more cargo, but also more wagons, and more logistics services. And this renewed interest is also noticed in Kosice, explains Juraj Mudrák, who manages the METRANS terminal in Kosice.

The METRANS terminal in Kosice is currently not connected to the broad gauge network, but the tracks of this width are at no more than a train length away. Providing the network with a broad gauge extension is definitely an option that is being considered, Mudrák explains, but the pro’s and con’s need to be evaluated carefully.

“Broad gauge to Europe was intended as an alternative for the New Silk Road, as a variation to the very busy border crossing via Malaszewicze-Brest. But the current situation in Ukraine is bringing new challenges to the eastern Schengen border, this is also true for Kosice. We can see an increased demand for transportation from and to Ukraine and therefore also an increased demand for logistics facilities close to the border.”

Kosice is just one of the points where a broad gauge from Ukraine leads into Europe. This also happens in Slavkov, in the south of Poland and in Hungary, where a new terminal was opened this year in Fenyestlitke. All these points have their own advantages and traffic flows from the east.

When asked what the main advantage of Kosice is, Mudrák points out its central role in the hubs and spoke system. That is true for METRANSs at least, as it is using its terminal to connect to other hubs in the region, such as Dunajska Streda and Ceska Trebova. “The infrastructure of roads in Slovakia is not very efficient, rail has a good advantage here. We reliably bring the cargo closer to the locations where it is needed.”

The cargo that generally comes in via Kosice is heavy industry for local companies as US Steel, but lately a lot of foreign companies have been established. The automotive industry is growing, and Volvo has announced that it will build a factory in the city.

“And more recently, exports from Ukraine have started to come via Kosice, such as grain and sunflower. We as the EU are willing to cooperate with Ukrainians and help each other. Therefore, broad gauge might help to increase the railway capacity needed.”

Is this demand enough to invest in a broad gauge extension for METRANS? “Never say never”, says Mudrák. The construction of new railway tracks is a costly procedure and it needs to have a clear advantage. METRANS is currently evaluating different possibilities.

It is a good perspective for Ukrainian exporters, who are looking for more broad extensions in Europe. However, the EU is also assessing the possibility of extending the normal gauge into Ukraine. The TEN-T network may eventually include regions of Ukraine and also Moldova, in an effort to create a more interoperable network. In the end, the ambitions of the EU and Ukraine seem to meet on the rails.

Our gallery of the Metrans terminal in Kosice 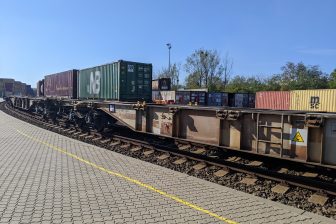 Train about to leave 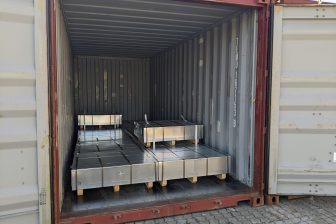 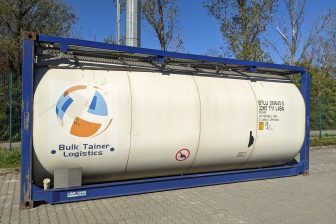 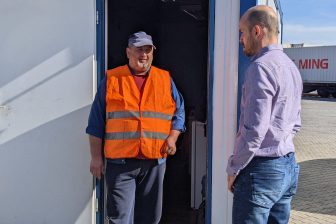 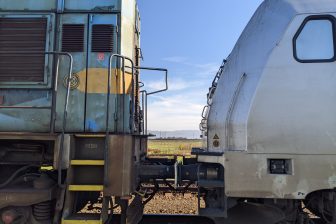 Two locs at the terminal 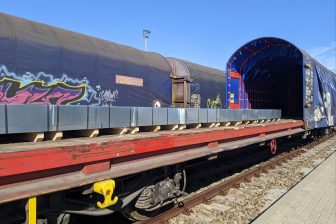 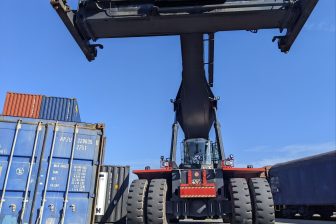 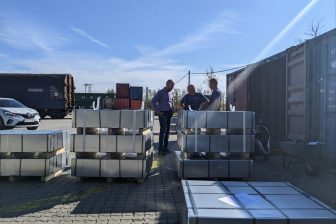 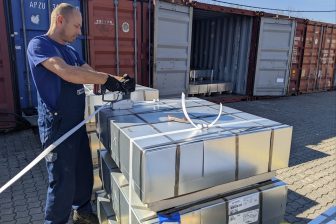