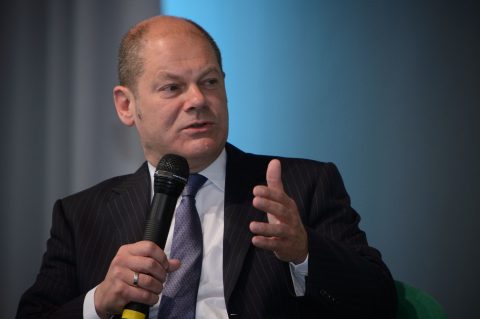 German chancellor Olaf Scholz will lead a government delegation to China this November. He will become the first western leader to visit the country after Xi Jinping secured a third leadership term and introduced a new governing body. Many see the visit as strategically timed now that the Chinese firm COSCO has acquired a minority stake in a terminal of the port of Hamburg.

This trip will not be the first time for Scholz to meet with Chinese President Xi Jinping. At the G20 summit in 2017, Xi Jinping also met with Scholz, who was then the mayor of Hamburg, host city of the summit. Scholz has a generally open attitude towards Sino-German trade cooperation.

What is at stake in Hamburg?

According to Reuters, Scholz’s trip coincides with COSCO’s acquisition of a minority stake in the Container Terminal Tollerort (CTT) of the port of Hamburg. On Tuesday 25 October, the Germany government decided that the Chinese company may only purchase a 24,9 per cent of the shares, a smaller share than the originally negotiated 35 per cent.

The decision, which was made after the announcement of the delegation to China, followed intense political debate about the involvement of COSCO in a German port. Several politicians in Germany and abroad are wary of the role of COSCO, as it is not the first European port it is gaining a foothold. Opponents fear too large an influence of the Chinese multinational. However, the port authority HHLA promised that COSCO Group would not be able to take over the port in its entirety, so it will not have an impact on strategic security.

The stake of COSCO Group will inevitably deepen the trade exchanges between China and Germany. When Scholz recently visited Japan, he emphasised that “Germany wants an open, fair, and rules-based global market.” This is already evident in the many rail freight services between the countries.