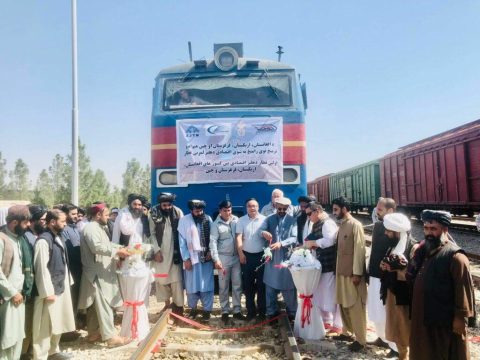 The first shipment along the China-Kyrgystan-Uzbekistan-Afghanistan corridor was successful. The first train carrying just two containers in the context of a testing period reached Hairatan in Afghanistan on Friday, 23 September. It departed from the Chinese city of Kashgar on 13 September, making the service’s total transit time ten days.

Wang Yu, the Chinese Ambassador to Afghanistan, shared the news of the train’s arrival on Twitter. He stressed the importance of the new economic corridor between China and Afghanistan, while he commented that the competitive transit time substantially shortens the distance between the two countries.