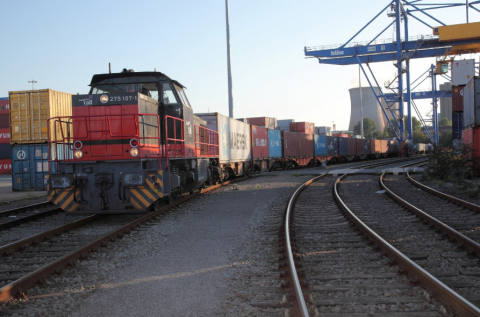 Germany and the Silk Road have a long-standing tradition. It started when the first Eurasian train departed Chongqing in Southeast China on 19 March 2011, with its final destination being Duisburg in Germany. The corridor might have undergone multiple shifts since then; however, German hubs like Duisport and the port of Hamburg claim they are here to stay and work closer together.

Their commitment to developing their Silk Road network and launching joint initiatives beneficial for both was apparent in a panel discussion involving members from both companies a few days ago. According to the two ports, the expected Duisburg Gateway Terminal will be a game-changer in future Silk Road connections.

The two German ports have a common denominator. Apart from being crucial hubs for European rail, inland and sea transportation, they also serve as two of the most important and influential Silk Road hubs in Germany and Europe.

Influential is mentioned because Duisburg was a Silk Road pioneer, with the first China-Europe train arriving there and opening the gateway for more Eurasian rail connections. The port of Hamburg didn’t take much longer to jump on the China-Europe express.

In the end, after ten years of connection after connection and immense growth in the corridor, the two hubs have built some of the most robust Silk Road networks. Their services bring Chinese cities like Yiwu, Shanghai, Xuzhou, Changchun, Shenzhen, and others closer to Europe, while the two players promise they have more plans in the pipeline.

The discussion involving Germany and its Silk Road hubs could not come at a better time. That is because the European Silk Road Summit 2022, organised by RailFreight.com, takes place in Duisburg this year. The two-day flagship event will dive into the achievements and milestones of the Eurasian corridor so far and the future expectations.

Germany and its hubs, other traditional Eurasian destinations and emerging ones will be highlighted in the event’s programme, which will also include other equally intriguing topics. You can look at how the programme shapes up here and get your early bird ticket here. Additionally, if you want to share your knowledge during the event, you can submit your proposal here.