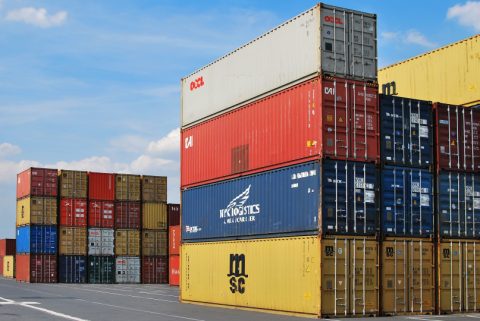 In early September, the Chinese battery manufacturer company CATL sealed the building and development of its own factory in Debrecen, Hungary. CATL’s investment project is worth 7,34 billion euros. Apart from strengthening ties with the Hungarian economy and local population, it could also be an example of how Silk Road rail could develop in a more decentralised way.

How can a factory change Eurasian rail, though? Firstly, it is not about one factory but a broader perspective of Chinese investments in Europe that could help diversify Silk Road freight flows. Secondly, it is not about Europe in general but about the CEE region, explained Mr Jet Young, Counsellor for International Affairs at Eurasia Railway Commission of China Communication and Transportation Association.

That being said, decentralising Eurasian rail would mean translating industrial investments, in countries like Hungary, into actual Silk Road routes and services while skipping existing hubs. Could this be a new strategy for European and Chinese partners to develop jointly?

Hub decentralisation does not mean ditching existing European hubs for new ones. Instead, as Jet Young highlighted vividly, it means “getting rid of the ocean shipping mindset and moving towards the modern rail freight era”.

Using European hubs to bundle and dispatch rail shipments to China is not necessarily damaging or ineffective. However, more diversification and decentralisation could positively impact Eurasian rail and enhance the involvement of Chinese companies in Europe and vice versa. “China has big plans to enhance cooperation with CEE countries,” explained Jet Young, and CATL’s investment in Hungary is such an example.

As a result, “when we speak about new destinations on the Silk Road’s European side, industrial investments should play a more central role,” he added. For instance, if a battery or electric cars factory is located in Slovakia or Hungary, why should the final products go first to Germany and then transit towards China? “A more efficient solution would be to explore possibilities to link those new industrial hubs to the Silk Road directly,” underlined Jet Young.

If such a strategy is applied, that would mean that Chinese platform companies, shippers, and their European counterparts, would need to cooperate closely with local carriers or freight forwarders. This way, reliance on larger hubs and companies involved would reduce without harming business.

Instead, this strategy could alleviate the Eurasian supply chain from congestion and blockades since alternatives will already be in place. Rail along the Silk Road could become more flexible and modernised, while financial benefits could also be in place for regional actors with more investments in smaller European countries. “People will need to start thinking about such alternatives,” concluded Jet Young, since rail development cannot differentiate too much from industrial or other investments. In fact, they could be the future of the Silk Road.

The Hungarian Edition of the RailFreight on Tour

In The Hungarian Edition of the RailFreight on Tour, the potential of Hungary on the international rail freight map will be explored. Infrastructure plans and projects will be revealed, as well as the services planned and operated. Terminal technologies such as 5G will be presented, and of course, a site tour to the new East West Gate terminal is organised.

Will you be onboard for our next step of the RailFreight on Tour summit? Registration opens today. You can find more information on the website.

Accordingly:
Is EU strategy of Infrastructure, in fact obstructing mere Goal of EU?
Shall very short comings of EU railways remain excuse for extras, “steering”, imposed upon majority?!
As contemporarily global transports upgrade for lower costs, now defacto EU strategy is contra productive, devastating.
Advantage of hemisphere, shall be taken benefit of, by timely, “JIT” capable, timely, high quality railways – strictly according Goal of EU!
(Quality shall not be sacrificed for quantity!)