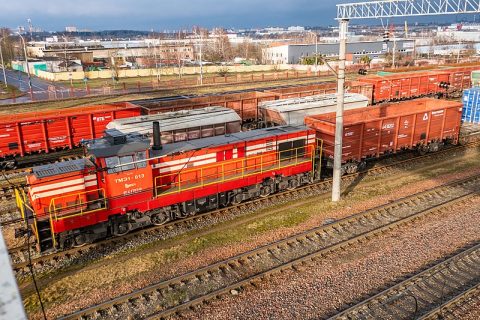 Belarusian Railways says it has developed a total of 40 new export routes to more than 20 countries, now that sanctions have cut off its traditional routes to the global market. The Transport and Communications Ministry of Belarus reported these figures, as quoted by the government-owned media site BelTA.

“In the new realities, Belarusian Railways, together with cargo owners and logistics companies from Belarus, Russia, Kazakhstan, Azerbaijan and China, developed a total of 40 new transport and logistics routes to deliver Belarusian products to more than 20 countries,” the ministry statement reads.

The ministry noted that since February 2022, the ports in the Baltic countries have been unavailable for Belarus because of the sanctions. In addition, it is impossible for Belarus to use the ports of Ukraine.

Instead, Belarusian transport is now making use of the railway network to other markets, such as East Asia. According to the Belarusian ministry, Belarusian Railways provides sufficient rolling stock to facilitate the export demand.

More to the east

According to the ministry, from January through July 2022, there was an increase in the volume of traffic to Azerbaijan, Georgia, Kazakhstan, Tajikistan, Russia (including Russian ports), and Uzbekistan. Meanwhile, the number of container trains from Belarus to China rose five times.