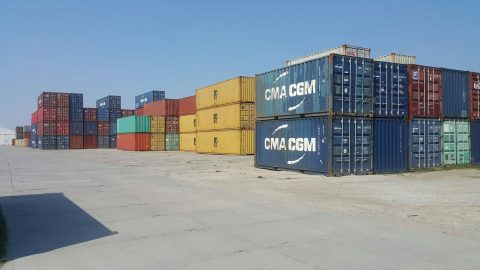 How does the lockdown in Shanghai affect rail freight?

From the early hours of 28 March, a lockdown is in place to control the Covid-19 epidemic in Shanghai. Shanghai’s Pudong and Paxi districts entered the lockdown with some time difference, while restrictions will be lifted on 1 and 5 April, respectively. This rotating closure scheme leaves half of the city idle at all times for the coming days. What does this mean for international rail freight?

With no direct restrictions applying to rail freight, Covid-19 health regulations concerning truck drivers, and the temporary closure or underperformance of production sites and factories could have indirect effects on rail freight and the supply chain generally.

T.H.I said that “at the moment, this does not affect the railway. It just requires planning in advance”. According to the company, the new anti-epidemic policy mainly affects last/first mile operations, “It may not be possible to pick up empty containers from Shanghai to surrounding cities, as many cities have restrictions on vehicles coming from Shanghai. However, vehicles entering Shanghai can report in advance and use special routes.” TopRail also confirmed that some yards in neighbouring cities do not accept trucks from/via Shanghai.

The Port of Shanghai, an important international supply chain hub, is still running 24 hours a day. To ensure the smooth flow of the logistics chain, Shanghai Port Group urgently put online an electronic version of the PSI pass for container truck drivers in the early hours of 29 March to improve the efficiency of container vehicle logistics turnover.

In other words, the return and onward trains from Shanghai are not affected. Still, the collection and distribution of goods may face delays due to the restrictions on road haulage from Shanghai to the surrounding provinces and cities.

According to the Chinese government’s policy, all enterprises located in the lockdown zones should stop production or work from home. Some logistics companies in the first lockdown control zone (Pudong) have suspended their warehousing and distribution operations. TopRail explained that “due to the closures, yards are shutting down, and some factories can’t load and unload products for delivery, leading to a production slowdown and a reduction in demand for freight”.

For example, Tesla’s Shanghai factory has suffered some disruption to its production pace recently, according to China Business Network. This factory is a major export centre for electric vehicles in Europe and elsewhere, and its director said it had encountered a series of problems with logistics, inter-provincial transport, procurement of prevention materials and staff arrangements and deployment.

In addition, COSCO Shipping Lines issued a statement saying that all sea-rail routes within its territory are currently operating normally. “After communicating with the railway authorities and the Shanghai port sea-rail platform company, our company will make every effort to ensure that the services of the existing circular trains in Suzhou, Wuxi, Changzhou, Zhenjiang (Danyang), Nanjing, Nantong (Hai’an), Huzhou and Changxing are constantly uninterrupted. For non-circulating sea liners and railway lines, if there is a demand, they can be shipped in the form of new special trains.”

This article was originally published in our sister publication Railfreight.cn.