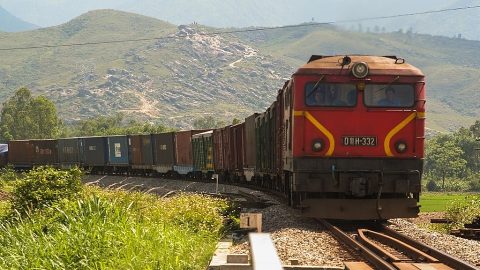 China’s focus on southeast Asia: a new link to Vietnam

A new rail freight link has been launched between China and Vietnam. It connects the Chinese Silk Road hub Chongqing and the capital of Vietnam – Hanoi. The route is part of the New International Land-Sea Trade Corridor, one of the many corridors of the Belt and Road initiative.

The first train departed on Saturday, leaving the Guoyuan Port in Chongqing with 43 containers of engines, tires, printing paper and other cargo, all locally produced. The total value of the cargo was more than 3.9 million US dollars.

It is not the first rail freight link between China and Vietnam. In fact, a lot of rail freight traffic runs between the countries as part of the longer journey to or from Europe. This cargo is collected in for example Zhengzhou or Suzhou before it continues on the New Silk Road.

However, rail freight traffic between Europe and Vietnam has been suspended for the time being due to the war in Ukraine, and the implications this has on transit traffic through Russia. As such, the newly established line between Vietnam and Belgium was recently cancelled, just after it was established.

Nevertheless, China has enhanced its focus on the connections with southeast Asian countries in recent years. The New International Land-Sea Trade Corridor is an essential part of this effort. Established as a trade and logistics passage jointly built by Singapore and provincial-level regions of western China, it allows for multimodal links from many regions in China to many regions in southeast Asia.

Chongqing is at the heart of the corridor, it is here that cargo from Chinese provinces is bundled for transport to the ports in the south. From these ports, transport is regularly carried out by ship. The rail link offers new opportunities for the rail freight industry. 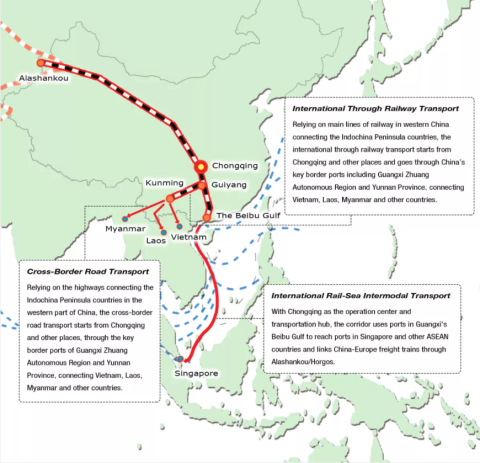