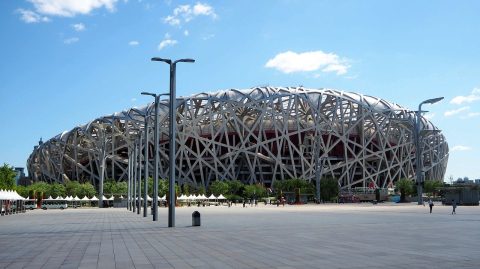 The assumption that the Winter Olympics are only about sports can already be contested. Since the start of the worldly event in Beijing, several handshakes have been made by world leaders agreeing about a range of topics, rail infrastructure being among them.

The Chinese president Xi Jinping has not left the country for the last 25 months due to corona restrictions, so the visit of world leaders to Beijing must be used to its full potential. Several media have reported agreements negotiated on the sidelines of the Beijing Winter Olympic Games, most notably a deal integrating Argentina into the Belt and Road initiative (BRI).

The South American country was officially incorporated in the BRI after a handshake of the respective presidents on Sunday 6 February. With the deal, Argentina will receive financing for investments and works for more than 23,700 million dollars. China will share development opportunities with Argentina and help it expand exports and upgrade its industries.

“I had a cordial, friendly and fruitful meeting with Xi Jinping, President of China. We agreed to incorporate Argentina into the Belt and the Silk Road” tweeted the Argentinian president Alberto Fernandez.

Besides Argentina, Poland was represented at the Olympics. Jinping told his Polish counterpart Andrzej Duda that they should “tap the potential of their economies, trade and investment, transportation and logistics, and high and new technologies, and lift bilateral practical cooperation to a new level”.

He also said that China is ready to take an active part in the construction of a logistics hub in Poland and help Poland become a key node in the China-Europe supply chain. Poland was the only EU country to visit the winter Olympics, as many EU member states have boycotted the event. Nevertheless, Poland is the main gateway for China to Europe for freight trains, and it has had a good relationship with China over the years.

Equally, China emphasised the importance of its good relationship with Pakistan, which was represented at the winter games by Prime Minister In a separate meeting with Prime Minister Imran Khan. Xi pledged closer cooperation under the China-Pakistan Economic Corridor investment programme to build roads, power plants and other infrastructure.