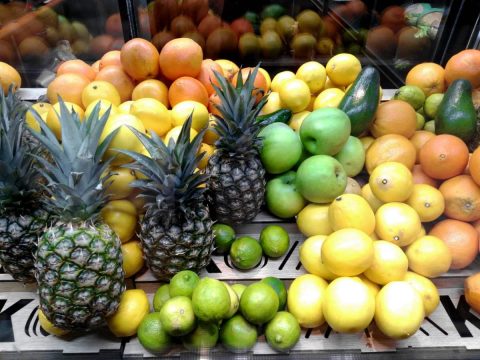 Fruits may no longer be shipped into China via the border of Manzhouli, as the city has announced a ban on imported fruits from Sunday 16 January. Manzhouli, in North China’s Inner Mongolia Autonomous Region, made this announcement after the surface of imported fruits tested positive for COVID-19 in multiple cities.

“Recently, in many places in China, the surfaces of imported fruits have tested positive with the coronavirus. From 16 January, imported fruits will be suspended from entering Manzhouli City,” said an official announcement from the city on Sunday, as reported by several Chinese media.

Before it is on the shelves

Fruit that has already been imported may not enter the market until a list of requirements has been met. These requirements include providing documents, including a customs declaration form, inspection and quarantine certificate, disinfection certificate and nucleic acid test certificate for the fruit.

In addition, a professional disinfection agency must decontaminate the fruit before it goes on the shelves. Considering the lengthy procedures, sellers have been reported to rather refrain from selling imported fruits. What is more, there is also less consumer demand for the foreign products.

Fruits as a transmitter?

Whether this means that people can actually become infected from touching the fruits, remains unclear. According to the World Health Organization (WHO), it is highly unlikely that people can contract Covid-19 – the disease caused by the coronavirus – from food or food packaging.

While the WHO acknowledges someone may become infected by touching a contaminated surface, there is “no evidence to date of viruses that cause respiratory illnesses being transmitted via food or food packaging.”

Also then, the import of the product was banned. But also then, the assumption of a transmission risk was contested. Fish in their natural habitat cannot catch coronavirus, was explained by Wu Zunyou, the chief epidemiologist at the Chinese Center for Disease Control and Prevention. “However, they can be contaminated by workers during capture or transportation.”

China has a strict corona policy. Authorities are trying to fight outbreaks with local lockdowns and, for example, the mass testing of city residents. Last month, the metropolis of Xi’an went into lockdown. Here some residents are now struggling with food shortages. As a result, according to reports on social media, a barter trade in foodstuffs started.

China currently has an extra interest in combating virus outbreaks. The country is preparing for the Winter Olympics, starting next month in Beijing’s capital.