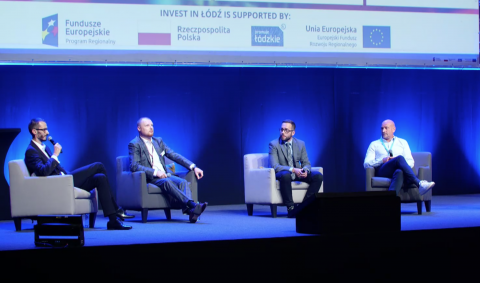 “The Belt and Road Initiative is about politics. If Poland wants to further consolidate its position on the New Silk Road, it needs government intervention and coordination.” This was said by Bartosz Baca, the managing partner of the Polish Infrastructure Transport Public Sector at the RailwayFreight Summit 2021 in Lodz, Poland.

The congestion on the Polish/Belarusian border has always been a chronic disease along the China-Europe railway. From 4 till 20 August this year, half of the journeys at this border had to be cancelled due to railway maintenance works, and the number of trains was severely restricted.

A few days ago, Yuxinou issued a delay notice saying that the maintenance work has ended, but the congestion on this line is serious. Some trains are backlogged in Belarus and this even extends to the Kazakhstan border and Chinese ports. It is expected that it will take several weeks until this congestion is eased.

Investment has no rules

In the face of continued congestion, Poland clearly did not sit still. “In July of this year, my team and I went to Biala Podlaska (Podlaska, a Polish city near Mala) to investigate the situation. We were shocked. Many new investment plans and projects are being implemented. There are four or five projects, as well as new railways, border station construction, etc.” Baca explained.

“But there was no coordination and cooperation of the various projects, more of a competitive relationship, for more EU funding support and competition. The result is that every project is facing serious delays. In many cases, the terminal is built but there is no track, or the track has a terminal but operations have not yet started.”

Therefore, in his view, although many people dislike the constraints brought about by the government’s intervention in public investment, sometimes the government’s top-level coordination work is necessary and beneficial. “The Belt and Road Initiative is ultimately about politics,” he said.

Too little, too late?

Witkowski agrees that correct investment and decision-making are important to the development of the route. “But I am actually a bit disappointed. Poland is located in the heart of Europe and is an ideal gateway between China and Europe. This has been clear for a long time. A lot of things are being done now, but these decisions should have been made a few years ago. If Poland has woken up earlier, perhaps there would not have been congestion at Malaszewicze today.”

The congestion in Malaszewicze has forced the industry to focus on alternative routes. In recent years, countries such as Ukraine and Hungary have developed as transit countries of the China-Europe train. “The congestion problem at border crossings cannot be solved by freight forwarders and operators. This is a problem that the government should consider in terms of infrastructure investment. If the infrastructure cannot keep up, we can only find another route”, Langowski said. “And if rail freight does not work, trucking between China and Europe is a good choice.”

Nevertheless, despite the industry’s calls for alternative routes, 90 per cent of the goods are still transported via the traditional route through Malaszewicze. Baca expressed concern about this situation: “The share of the alternative routes is almost a fraction of the price. I’m very worried that the main line will be detrimental to industry competition, and we may ignore other possibilities.”

“We should take a positive attitude towards this matter. Malaszewicze was not originally created to handle the volumes of the New Silk Road. Ten years ago, we could not foresee the surge in cargo volumes today, so congestion is inevitable. Malaszewicze and Poland have done a good job”, commented Kowitzki.

“I recall the first train arrival in Lodz. Everyone was panicked during the cargo distribution process and only trucks could be used. Now, such chaos no longer exists, because the connectivity between regions is getting better and better. Relying on the development of the past few years, Poland’s existing transportation network can be said to be readily available, and the transit potential has been significantly improved.”

In Baca’s view, it is difficult to solve problem at Malaszewicze overnight, but it is not impossible. He mentioned: “There are many reasons for the congestion problem in Malaszewicze. It is difficult to change the major customs clearance procedures overnight, but the small operational problems can be solved and require intervention and coordination of government agencies.”

Does the glory of the New Silk Road end where ocean rates drop?