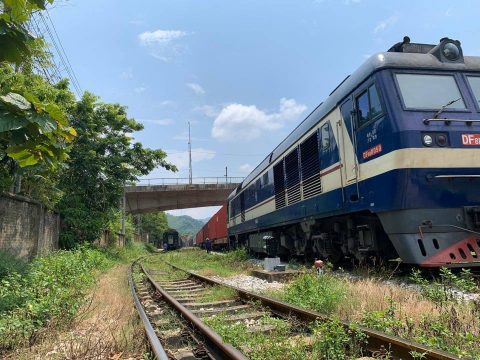 The first direct rail freight connection between Vietnam and Belgium is a fact. The train already made two departures on 20 and 27 July, while the third is scheduled for 3 August. Parties involved in the service plan to make it frequent with two weekly trips.

The train is organised by the Vietnam Railways and operated by Ratraco, its rail freight and logistics subsidiary. The companies were not alone since Maersk Line is also among the partners organising the service. Cargo on the first 23 40-foot container train consisted of textiles, footwear and electronics, while its customers included companies like Decathlon.

Originating from the Yien Vien station near Hanoi in Vietnam, the train’s final destination is Liege in Belgium, after a journey lasting between 25 and 27 days. From Liege, cargo will be transported to the port of Rotterdam using a road leg, to be distributed further.

Link through the China-Europe express

The first trains departed from the Yien Vien station and will firstly transit through China until reaching the city of Zhengzhou. There, they will onboard the China-Europe express train that will take them to Liege. From Zhengzhou, they will follow the route through Kazakhstan and Russia, while the entry point to Europe will be through Belarus. According to Nguyen Hoang Thanh, Deputy General Director of Ratraco, the trains will carry only westbound volumes and return empty on their way back to Vietnam.

The Vietnam-Belgium trains are set to become regular on the timetables. Utilising the Zhengzhou connections along the new Silk Road, Ratraco and Maersk Line aim to establish a stable export service with eight trips per month. This means that trains will depart twice a week from the Yien Vien train station.