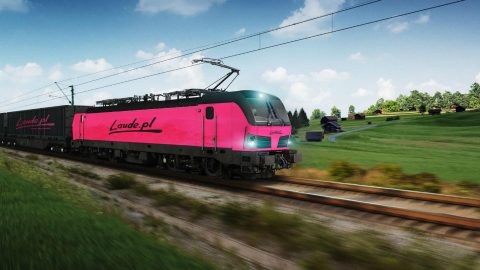 If Belarus becomes an issue, here is another alternative via Ukraine

The Zamość terminal near the Polish-Ukrainian border is to be expanded to respond to the growing number of Europe-China trains passing through this border. The expansion will take place in the third quarter of this year. The terminal is considered a high-quality facility that can provide an effective alternative to the congested border point of Malaszewicze-Brest on the Poland-Belarus route.

The expansion project includes the construction of a ​​3.5 hectares area dedicated to container handling, with a capacity of 150,000 TEUs. Polish logistics company Laude Smart Intermodal S.A. is responsible for operating the terminal.

“This station is very valuable for trains on the New Silk Road and for rail transport within Europe”, said Maciej Cetnerowski, multimodal transport development director of Laude Smart Intermodal to Railfreight.cn, our Chinese sister publication.

Zamoshic may be a relatively unfamiliar terminal, but it has rich experience as a container cargo transfer station. “Chinese goods are transported through Kazakhstan and Ukraine to Zamość terminal, and then distributed to major European destinations through our network”, Cetnerowski said. “In addition, goods from the Port of Gdansk, Poland are also transshipped here, to follow their journey through Ukraine. So, the role of a transshipment station is nothing new to Zamosc.”

The ultimate goal of increasing the capacity of the stations is to achieve a wider range of connections. “When the expansion project is completed and the trains start to operate normally, we will also strengthen the connection with the Port of Gdansk and strengthen the ties with Eastern and Western Europe”, Cetnarowski continued.

Cetnerowski is very optimistic about the development potential of this Polish-Ukrainian station. “We believe that Zamość will become an important logistics center for China-Europe railway transportation. Transit through Ukraine may be affected by local instability, but currently, the main route of the China-Europe train is also facing bottlenecks due to the congestion in Malaszewicze and the situation in Belarus.”

The route through Ukraine has become a popular alternative in recent years, and all major logistics companies hope to profit from its huge potential. Obviously, the Zamość terminal is not a standalone project on the Polish-Ukrainian border. PKP Cargo is also trying its best to turn another border city, Medyka (Poland) into a ‘new Malaszewice’. This ambitious plan will start this summer. Moreover, Global Ocean Link (GOL) has put into use a new container terminal in Mostyska, a Ukrainian border city near Medika, and the trains are now running smoothly.