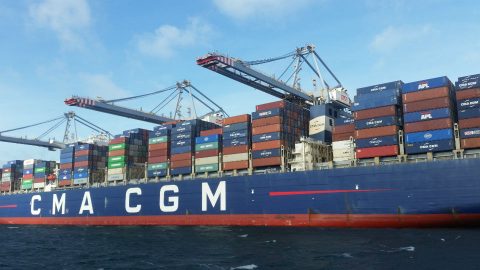 Aware of the huge growth potential of rail transport between China and the Netherlands, Dutch rail freight companies, with the support of the Dutch government (Ministry of Infrastructure and Water Management), formed the Road2Holland consortium, which aims to further strengthen the cooperation and two-way links between China and the Netherlands in the field of rail freight, and meet the future challenges together.

Chris Wensink, who is in charge of Road2Holland, said at the European Silk Road Summit 2020: “We are aware of the opportunities and challenges as well as how to overcome them. We look forward to expanding the cooperation through government and business meetings, in order to increase rail freight transport between our two countries.”

Firstly, new rail freight services between the Netherlands and China should be developed, in order to achieve a large additional potential for eastbound and westbound volumes. The focus points should include: agrifood products (meat, vegetables, cheese, house plants, etcetera), production industries, high-end products. And more importantly, the stable transit times of twelve days between China and the Netherlands is the common aim.

Secondly, it’s significant to secure the cold chain product for fresh products and pharmaceutical products. In support of this aim, Road2Holland proposes the launch of a Sino-Dutch Cold Chain Service Point. More specifically, the cold chain product should be consolidated so that 45 foot containers – reefer and other – can be used unrestricted, which is a point for future discussion.

Fourthly, customs procedures should be on the mutual agenda. The large potential for e-commerce should be released by supporting less-than-container loads (LCLs). Similar attention should be given to better flexibility regarding consignment notes for goods imported into China. For the rail service it is imperative that tests on exported goods can be carried out in the Netherlands, so that products can enter Chinese markets immediately upon arrival. Moreover, Road2Holland says it should develop innovative ways to enable paperless handling in information and documentation exchange.

The Netherlands is a logistics hotspot in Europe, equipped with world-class infrastructure and logistics in direct reach of over 240 million consumers and key industrial centres within 1000 kilometres. Due to the small size of the Netherlands, international freight transport accounts for a large share of rail freight, which is around 85 per cent. Based on the growth in recent years, the total volume of international imports in the Netherlands is expected to increase from 42 million tonnes now, to 61 million tonnes by 2030.

An important fact of rail freight in the Netherlands is that, in this open market, private companies play quite an important role. In order to coordinate the market, the Dutch government is actively pursuing policies to create a level playing field. The establishment of the Road2Holland consortium is a typical attempt of private public partnership.

Private-public partnership is not new in the Netherlands. The government has issued some tax policies to support the cash flows of private companies. When containers come to the Netherlands and they are unloaded, for example, in the port of Rotterdam, the tax does not have to to paid yet. It only has to be paid when the goods go to the the stores. Also, Dutch Customs have a long tradition of working together with the market, in order to look for efficient and pragmatic solutions.

Road2Holland is initiated within the framework of PIB (Partners for International Business), which is a programme for Dutch companies to realise their international ambitions in a public private partnership. The Dutch companies involved are: the Port of Rotterdam, Port of Amsterdam, GVT, Nunner Logistics, Samskip, TMA, Railogix, New Silkway Logistics, Cabooter Group of Rail Terminals, SGS and Panteia.