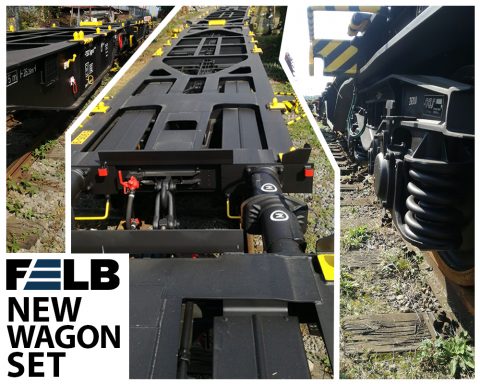 Not containers, but wagons the latest purchase of FELB

The roles of the various parties involved along the New Silk Road have been blurred for a while, with a wide range of services provided by many of them. That having a fleet increases position on this competitive market has become clear to especially operators, among them Far East Land Bridge (FELB).

The rail freight operator specialised in Europe-China traffic has recently expanded its rolling stock with a new set of wagons for the EU network. “For the first time in FELB`s history rolling stock was expanded not by containers, but with wagons. The brand new set of 1435 wagons will be used within FELBs existing European service network and significantly increase efficiency”, the company announced.

The 1435mm network is the standard gauge, on which trains operate in Europe. In the CIS states (such as Russia, Belarus and Kazakhstan), trains run on broad gauge, for which another se of wagons is required. Thus, FELB has invested in rolling stock for the stretch of the journey on European soil.

“Especially transportation time in Europe will be reduced”, the company wrote. Service quality in terms of time and speed will be improved through total utilisation of own transport capacities in both directions. FELB not only increases efficiency and quality with this expansion of rolling stock, but also flexibility in European routing.”

The new asset of the company is only the beginning of a new development, it explained. “This first set of wagon will not have been the last”, said Liliana Krutonog, CEO of FELB. Plans for further expansion are at hand, the company informed. “Further equipment including additional sets for the 1435 stretch will be acquired step by step.”