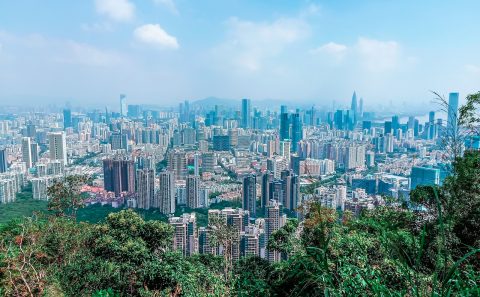 A new international trade channel was launched connecting Duisburg with the Guangdong-Hong Kong-Macao area in China. To be more precise, it connects the city of Shenzhen with the German hub. It is the first China-Europe train departing from this Chinese city, and it is already half way the journey.

On the afternoon of 18 August, the train left Shenzhen Ping Hunan station, embarking on a 16-day journey via Alashankou in Xinjiang, passing through Moscow, Minsk, Malaszewicz, Warsaw, Hamburg and other places, to finally arrive in Duisburg. The entire journey takes 13,438 km.

According to the local platform, the launch of this train will help build a new overland logistics channel in the Guangdong-Hong Kong-Macau Greater Bay Area, which is an important economic centre. It provides “stable transportation for industrial clusters in Shenzhen and surrounding areas, and promotes the construction of the Shenzhen Foreign Trade Pilot Demonstration Zone”, Shenzhen’s Transport Office says.

After the launch of this China-Europe train, the manufacturing industry in the Greater Bay Area, especially from the manufacturing cluster in eastern Guangdong, can load and ship goods from their doorstep”, said Yu Baoming, party secretary of Shenzhen’s Transport Office. “It also builds a greener, more convenient and safer trade bridge for Shenzhen to further explore the Russian, Central Asian and even European markets.”