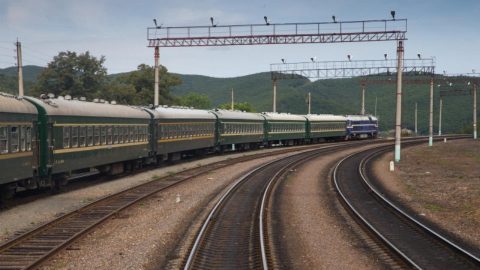 Russia has suspended passenger train traffic to China, starting from last midnight, Monday, 3 February. The decision is to prevent the spread of the coronavirus in China and the confirmation of the first two cases of infection in Russia. This restriction will remain for an unknown period. At the same time, freight trains between the countries run as usual.

Russian Railways (RZD) has taken a decision to suspend passenger trains to China, in accordance with a letter from the Chief State Sanitary Doctor for Rail Transport of the Russian Federation of 2 February 2020. Initially, it looked like freight shipment would be halted too, but freight trains will remain running as this decision was quickly reversed. According to Reuters, Russia’s state railway operator on Thursday 30 January cancelled a decision to halt rail freight shipments between Russia and China over coronavirus fears, after the Transport Ministry intervened.

RZD restricted passenger traffic “in order to prevent the penetration of a new coronavirus infection into the territory of the Russian Federation”. According to the document, three passenger trains were cancelled for an unknown period: Beijing – Moscow (provided by China Railway), Moscow – China (provided by RZD) and Chita – Zabaykalsk – Beijing.

Earlier, on 30 January, RZD suspended two regional cross-border trains running on the Suifenhe – Grodekovo (by China Railway) and Zabaykalsk – Manzhouli lines (by RZD). This ban sets a prohibition for passenger traffic on these routes for the period from 31 January to 1 March 2020. Moreover, Russia closed its checkpoints in the Far Eastern Federal District on the border with China for pedestrian and automobile traffic. Initially, the ban was introduced for several days starting from 24 January due to the celebration of the Chinese New Year. Later, on 30 January, this prohibition was extended.

The first two cases of the coronavirus were revealed in Russia on Friday, 31 January. Both infected people are the citizens of China. On the same day, Russia closed its border with Mongolia for Chinese citizens. Meanwhile, Chinese citizens with a Russian residence permit are allowed to entry Russia but only after two-week quarantine. Since 1 February the air traffic between the countries was shortened. Only flights from Moscow to Beijing, Shanghai, Guangzhou and Hong Kong remain, others have been cancelled. Also, the Russian government is considering the possibility to suspend the issuance of working permits for Chinese nationals.

RailFreight organises a webinar on Tuesday, 4 February about the impact of Wuhan’s closure on the New Silk Road. The webinar can be attended free of charge if you have registered via this link. Attendees are encouraged to ask questions, prior to and during the webinar. Questions prior to the webinar can be sent to news@railfreight.com.