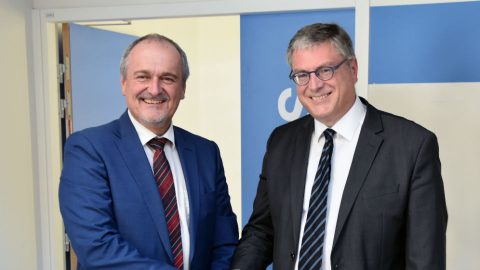 Budapest hops onboard the train to Chinese east coast

Hungary has a new connection to China with the launch of the weekly Budapest-Xiamen train. A joint effort of Metrans, DBO Bahnoperator and Trans Eurasia, the first train departed to the south-eastern Chinese city on Monday 21 October.

The service was already announced by Metrans when it kicked off its Xi’an-Dobra service, as it part of the logistics solution of the company. The empty containers that need to be returned after arrival in Slovakia, will be transported to Budapest, where they will be shipped to Xiamen in China. In this way, the containers are shipped to China efficiently.

However, that is not the main purpose of the new service to and from the Hungarian capital. The weekly service offers an effective solution for transporting goods to Asia not only for companies in Hungary, but also for those in the region, including Austria, the Czech Republic and Slovakia, said CEO of Metrans Peter Kiss in the Hungarian media.

Yi Zhou, first secretary of China’s embassy in Budapest, told the same media that Hungary was China’s logistics centre for central and eastern Europe thanks to its good infrastructure. The journey to Xiamen takes fifteen days and runs via Slovakia, Ukraine, Russia and Kazakhstan.

Hungary wants to boost its importance as a transit country between Europe and Asia. To achieve this goal it is investing heavily in its infrastructure. László Mosóczi, the state secretary of transport at the ministry of innovation and technology, said that by 2022 the government will have spent 5,000 billion forints (EUR 15bn) on road and rail developments. More than 1,000 km of rail tracks will be upgraded as part of a 1,500 billion railway investment.

Although the current infrastructure is limited to the wider area of Budapest, Hungary is to be connected to two international lines that are to reshuffle the cards. One of these lines is the Budapest-Belgrade line, which will form an extension to the Greek ports of Piraeus and Thessaloniki. Another connection is to eastern Poland, where it links to the traditional route through Belarus and Russia.