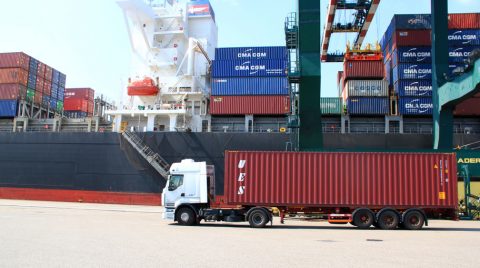 Italy joins the Chinese Belt and Road Initiative. The countries concluded this in an agreement during a visit by the Chinese leader Xi Jinping to Rome. This includes investments in various ports. With these steps Italy hopes to be able to compete with the ports of Rotterdam and Antwerp.

Italy is the first G7 country to sign for a role in the major Chinese infrastructure project. The populist government in Rome wants to revive the troubling economy and had rolled out the red carpet for Xi. The growing Chinese influence is viewed with suspicion in the west, but Deputy Prime Minister Luigi Di Maio said that Rome should put Italy’s economic interests first.

“This is a very important day for us”, said Di Maio, who signed the so-called memorandum of understanding on behalf of his government. “Italy has won and Italian business has won.”
Italian and Chinese companies signed a total of ten deals. One of the companies that benefits is Ansaldo, which signed a contract to produce urbines.

A further nineteen agreements have also been signed by representatives of both countries. They relate to a variety of issues, such as tackling tax evasion and Italian fruit exports to China.