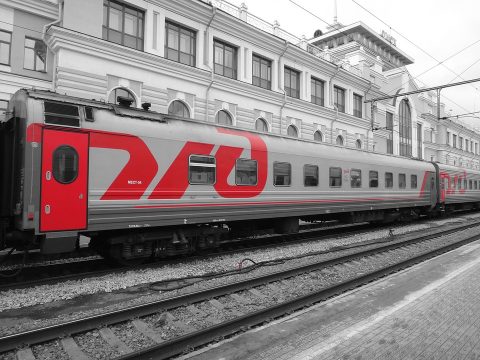 Express delivery of rail freight between China, Russia and Europe has taken a leap with the a shipment of e-commerce goods on a postal-baggage car of a passenger train between Beijing and Moscow. The cargo will be delivered in six days, comparable to avia delivery, noted operator RZD Logistics.

The delivery, which arrived in Moscow on 27 July, was the first after a ‘Memorandum on the organisation of high-speed cross-border rail freight shipments between China-Russia-Europe’ was signed by JSC Russian Railways and China Railway Corporation on 8 July this year. The parties agreed to unite efforts in the development of the freight market for regular trade goods, the development of logistics services for retail cross-border e-commerce trade, as well as services on the express delivery of cargo across the route China-Russia-Europe.

The first cargo departed from the station Beijing – Passenger on 21 July. The delivery included LED light bulbs and office supplies. Although comparable in transit time to air freight, the operation is cheaper, RZD Logistics pointed out. The operator has been appointed to carry out the service on Russian territory, while China Railway Express does the same in China.

“We have been working actively in order to turn all achieved agreements into reality. The delivery was organised by our specialised department RZD Express with the active support of Federal Passenger Company and Federal Customs Service. This is the first shipment in the framework of the Memorandum. This year such shipments may become regular. In 2017 we organised 44 per cent of all Russian transit from China and now we are constantly analysing the growing demands of Russian and Chinese companies in logistic services. Thus, we are convinced that the new service is very promising”, – commented CEO of RZD Logistics Viacheslav Valentik.